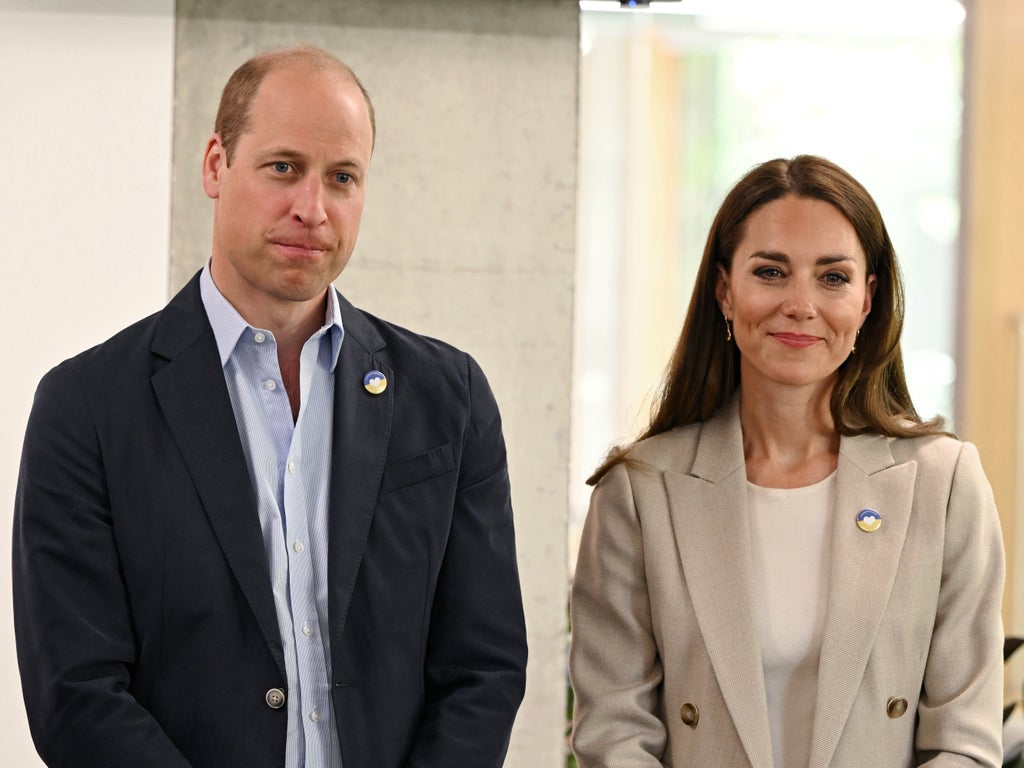 Prince William and Kate Middleton appeared to ignore a question about Prince Harry‘s claim he is making sure his grandmother Queen Elizabeth II is “protected”.

The Duke and Duchess of Cambridge had visited the London offices of the Disasters Emergency Committee (DEC), where they heard from aid workers in Ukraine about the work being done to help people in need amid Russia’s invasion.

As the royal couple were leaving, a broadcaster asked: “Sir, does the Queen need protecting?” according to Good Morning America. However, the duke and duchess did not respond and continued to their car before being driven away.

The question came the day after Prince Harry’s sit-down interview with Today host Hoda Kotb, which aired on NBC on Wednesday morning.

During the interview, the Duke of Sussex discussed his and the Duchess of Sussex’s secret visit to the UK, where they met with the 96-year-old monarch before attending the Invictus Games in The Hague, Netherlands.

Prince Harry said that it was “great” to see his grandmother, and that he made sure she was being “protected” during the visit.

“Being with her was great, it was just so nice to see her. She was on great form, she’s always got a great sense of humour,” Harry said. “I’m just making sure that she’s protected, and got the right people around her.”

Prince Harry’s visit to the UK marked only the third time that he has returned home since he and Meghan Markle stepped down from royal duties in March 2020. The duke previously returned for his grandfather Prince Philip’s funeral, as well as for a statue unveiling of his late mother Princess Diana.

Prince Harry reportedly saw his father Prince Charles during the visit to Windsor Castle. However, when asked about his relationships with his father and his brother, Prince William, Harry deflected to his Invictus family and his own family in California with Meghan.

“For me, at the moment, I’m here to focus on these guys and these families, and giving everything I can,” Harry said of the Invictus competitors. “To make sure that they have the experience of a lifetime.”

“That’s my focus here, and then I leave here, I get back, and my focus is my family, who I miss massively.”

Prince Harry and Meghan are parents to their two-year-old son, Archie, and their daughter Lilibet, 10 months.