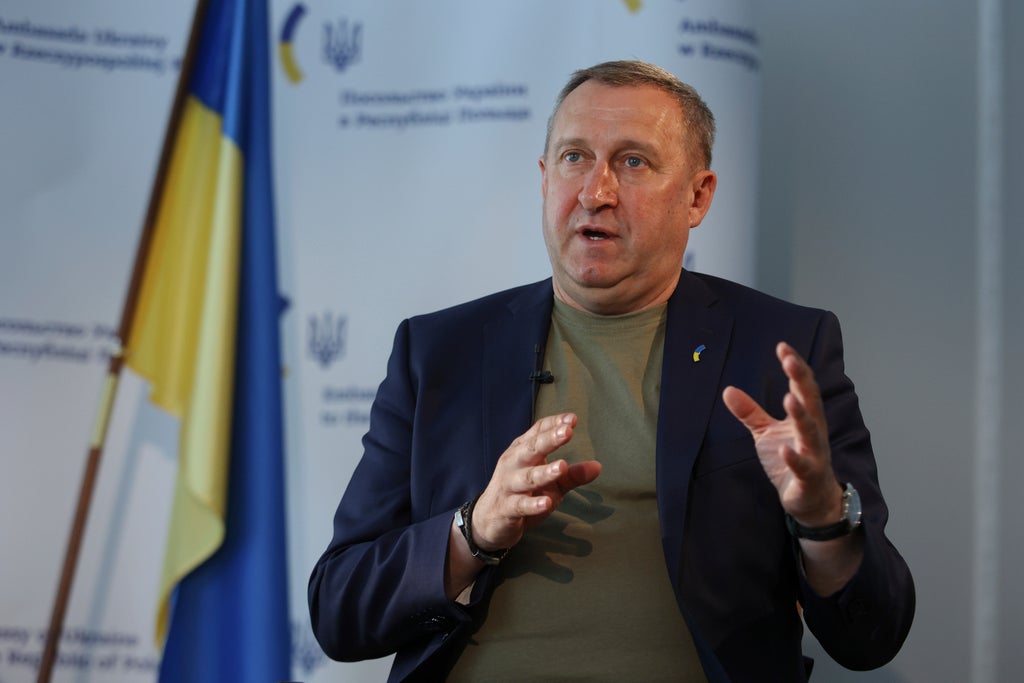 Ukraine‘s ambassador to neighboring Poland says his nation is grateful for the welcome that Poles have given to millions of Ukrainian refugees, but he hopes the European Union will soon release billions of euros to Poland so that the assistance does not come “at the cost of the Polish people.”

Ambassador Andrii Deshchytsia said that while there have been no real social tensions in the three months since Ukrainians began crossing into Poland seeking safety, he worries they could appear in the future given the large extent of Polish help.

The government has extended free medical care, education and other social services to the Ukrainians, while more than 80% of them are being housed in private Polish homes. Deshchytsia noted that Russian disinformation efforts online have included spreading the message that Ukrainians are getting better treatment than Poles themselves, and that while these efforts have not found fertile ground yet, he is concerned that problems could arise.

“I’m worried because I don’t know where the limits of this hospitality, of the hospitality of Polish people, are,” he said in an interview with The Associated Press on Friday. “It’s a warm and healthy welcome. But how long they can keep them? And it’s understandable for me, and it’s also understandable for my compatriots. They understand that there are some limits.”

The solution, as he sees it, is for the EU to release billions of euros of a pandemic recovery package. That would also have the benefit of preventing a large wave of Ukrainians getting frustrated in Poland and heading elsewhere in the EU, he argued.

While most of the 27 members of the bloc have gotten their funds aimed at helping countries recover from the economic effect of the COVID-19 pandemic, 36 billion euros earmarked for Poland have been blocked in a dispute over changes to the courts viewed as an erosion of democratic standards.

The main point of contention is a disciplinary chamber at the Supreme Court which has been a way for Poland’s ruling conservative authorities to suspend judges whose rulings they don’t like. The EU Commission wants the chamber abolished and suspended judges reinstated — something Poland has failed to do. The parliament next week is due to debate proposals to solve the crisis over the chamber.

Deshchytsia said that he wants both sides to seek a compromise, and that he is urging both the EU and Poland to make this happen.

Deshchytsia estimates that there are now between 3 and 4 million Ukrainians in Poland, of whom some 1.5 million had already been working, studying and living in Poland before Russia’s brutal invasion of Ukraine, and the rest have arrived since then. In a country with a population of 38 million people, this means that Ukrainians now make up somewhere around 10% of the population.

How many will stay remains unclear, and will be determined by how long the war goes on.

Poland’s Border Guard agency has registered some 3.5 million crossings from Ukraine to Poland since the war began, and more than 1.4 million the other way. Of those who arrive in Poland, some have headed to other countries, but a large percentage have chosen to remain in Poland, where many have friends or family and share cultural and linguistic links with Poles. Many also want to remain close to Ukraine, hoping to return.

The ambassador said he is often asked by Ukrainians if it’s OK to return now that Russian forces have been pushed back from the area around Kyiv and some other parts of the country. He has no good answer.

“It’s very difficult to say, should you go back to your home or not, because the situation is not stable yet. So I might encourage you to Lviv, which is far from the front line. But in one day Lviv could be bombed as it was two or three days ago, and the rocket might come to your house or your car,” he said.

Poland and Ukraine have seen their ties strained in the past due to remaining tensions over ethnic bloodletting in the 20th century. The ambassador says this has “changed dramatically” as the Russian threat has united Poles and Ukrainians.

In one sign of Polish support, Prime Minister Mateusz Morawiecki and President Andrzej Duda will intensify their lobbying for the EU to grant Ukraine the status of EU candidate at a June 23–24 summit.

Since the war began, the ambassador says he is often stopped by people on the street who thank him for the Ukrainian resistance to Russia. He says they tell him: “You are fighting for your and our freedom … we will be supporting you as long as needed.”