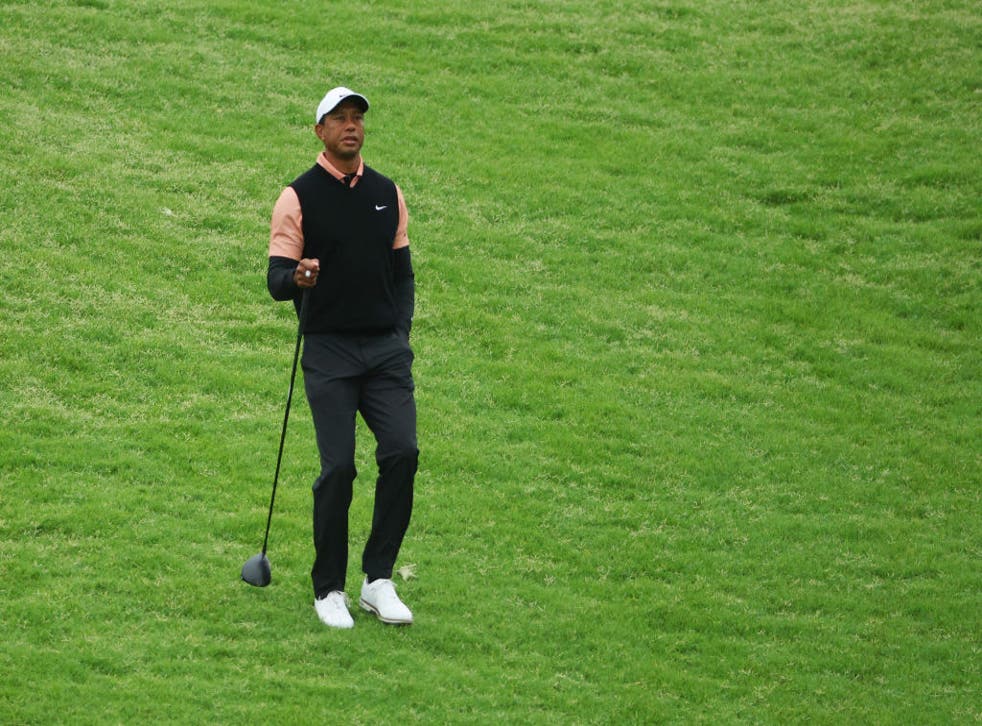 Follow all the action as Will Zalatoris takes a one-shot lead into the third round of the PGA Championship.

The 25-year-old American followed an opening round of 66 with a 65 on Friday as he bids to win his maiden major title. He will be paired with Mito Pereira in the final group, who had never previously made the cut at a major. There is a packed field in close pursuit behind them that includes Bubba Watson, Justin Thomas and Rory McIlroy. The Northern Irishman failed to build on his spectacular start and carded a one-over-par round of 71 yesterday and now sits five shots off the lead.

Tiger Woods once again showed extraordinary mettle to avoid the cut after a round of 69, although his hopes of a 16th major victory are now obsolete. There are several notable names who failed to make the cut, though, including world No 1 and Masters champion Scottie Scheffler, Dustin Johnson and Patrick Cantlay. “Definitely frustrating,” Scheffler said. “I’m disappointed too. It’s never fun missing a cut. I want to be able to play the weekend and try to grind it out as hard as I could. I just didn’t have it this week.”

Woods to within five feet at the fourth! Beautiful approach, right into the centre of the green.

Morikawa lands a lovely approach into the fifth to within 10 feet, as he looks to get back to even par for his round. Woods made it to the front fringe of the par-three third in two shots but left his birdie putt high. He’s moved onto the fourth and has found the fairway.

Seven major championships have been held at Southern Hills, the last of which was the 2007 PGA Championship won by Tiger Woods.

On all seven occasions, the winner either led or co-led at the halfway stage, so Will Zalatoris will have history on his side when he tees off as the halfway leader later tonight.

Woods gives himself a fighting chance at saving par with a beautiful fade around the tree on the left of the fairway to roll it into the green – but the par putt stops a foot short, so he if left to tap in for bogey-five.

But it comes down with a splash for Woods at the second. After making his par, his drive at the long par 4 fails to carry the burn that snakes its way across the fairway.

A gutsy par putt for Woods at the first! After catching the front edge of the green with his approach into the green, his third shot left him with 13 feet. Still, he rolled it into the hole to remain at +4.

Woods’ introduction includes his four PGA Championships, and he gets underway with a drive down the left of the fairway.

Collin Morikawa starts his round with a bogey at the first to slip further down the leaderboard at +5.

Woods is approaching the first tee now. South Africa’s Shaun Norris has the honour/unenviable task of playing alongside him today.

Hideki Matsuyama has just got things going on the third day by rolling in a birdie putt from 45 feet.

It’s moving day but there’s a long way for the 2021 Masters champion to go after starting on +4.

Tiger Woods will tee off before the hour.

Tyrrell Hatton has never been shy of voicing his displeasure and, after branding Augusta “unfair at times” last month, the Englishman took aim at the greens at Southern Hills yesterday.