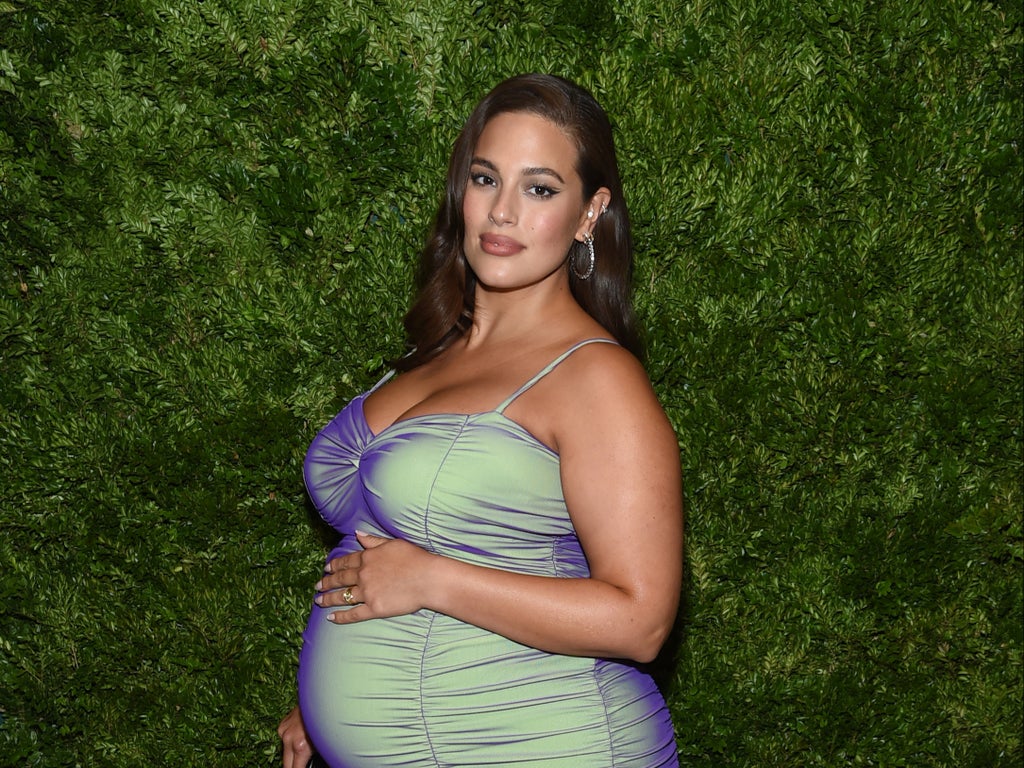 Ashley Graham has revealed that she suffered from severe haemorrhaging after giving birth to her twin sons in January.

The former Sports Illustrated model said she had a smooth labour of just three and a half hours before she “blacked out” shortly after welcoming Roman and Malachi during a home birth.

Detailing the experience in a personal essay for Glamour, Graham said she lost “litres of blood” and was unable to walk for a week.

“All I can remember is feeling a light touch on my cheek, which I found out later was actually somebody smacking the crap out of my cheek, someone holding my hand, my husband Justin in my ear, praying, and someone jabbing me with a needle in my arm,” she wrote, adding that she saw “darkness and what seemed like stars”.

Upon waking up, Graham recalled seeing “blood literally everywhere”, prompting her to “let out this deep, visceral cry” which she described as “an emotional release from the chaos [she] had just experienced”.

“The midwives asked me if I could stand up and walk to bed. I couldn’t. I couldn’t sit up or even crawl,” she said.

“So they got a twin-size bed sheet, rolled me onto it, and slid me down my hall into my guest room, where I had a trundle bed that I could barely roll onto,” Graham explained.

While both Roman and Malachi were in good health, the aftermath of the pregnancy had a lasting impact on Graham’s body.

“I lay on that bed for four straight days. I couldn’t walk for a week. And I didn’t leave my house for nearly two months,” she said.

Graham previously hinted at a difficult birth when she announced the arrival of the twins, writing on Twitter: “I’m taking some time to heal up and connect with my husband and three boys, but I truly cannot wait to share more with you all.”

Graham and her husband, Justin Ervin, also have a two-year-old son named Isaac.

Elsewhere in the essay, Graham also spoke candidly about experiencing a pregnancy loss at the beginning of last year.

The couple found out they were pregnant in January 202, and Graham said she quickly began showing as it was her second pregnancy.

“But at the end of February, I had a miscarriage. It was devastating; it felt like one of the biggest losses I had ever had in my life to date,” she wrote.

“And I understood at that point what so many other mothers have gone through.

“I had a child already, and looking at him was the only way to ease my pain, and yet the loss was so acute.”