Platinum Jubilee: What events are scheduled to take place and when is it? 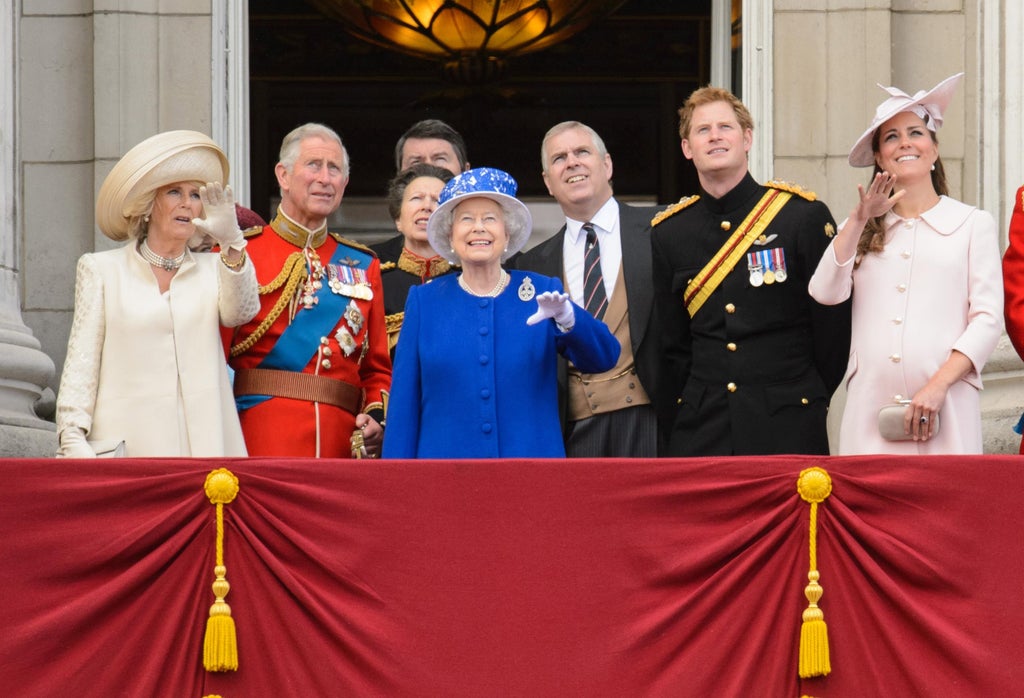 The UK will mark the Queen’s 70th year on the throne in a special four-day bank holiday weekend in June.

Her Majesty became the first British monarch to celebrate a Platinum Jubilee on 6 February 2022. Her significant milestone will be celebrated in a number of events and initiatives taking place across the UK during the long weekend.

These will include public events and community activities, as well as national moments of reflection on the Queen’s 70 years of service.

The Department for Digital, Culture, Media and Sport (DCMS) said that more than 70,000 “Big Jubilee Lunches” have been planned across all four UK nations, with an expected 10 million people set to celebrate with their neighbours during the weekend.

Culture secretary Nadine Dorries said the UK will “celebrate it with tradition, pomp and circumstance”.

“I hope that people and communities across the country will come together to pay tribute to Her Majesty – whether that be to watch on big screens or toasting Her Majesty at a Big Jubilee Lunch with their neighbours or coming together in their local village hall.”

Here is the full schedule of celebrations taking place across the Platinum Jubilee weekend.

The extended four-day bank holiday to mark the Queen’s Platinum Jubilee will take place from Thursday 2 June to Sunday 5 June.

On this day, the Queen’s Birthday Parade will begin at 11am. Trooping the Colour marks the official birthday of the British Sovereign and usually takes place on the second Saturday in June.

However, this year, the ceremonial event will take place two days earlier as part of the Platinum Jubilee celebrations.

The 1st Battalion, Irish Guards, and more than 1,200 officers and soldiers from the Household Division will put on a display of military pageantry on Horse Guards Parade, alongside hundreds of Army musicians and around 240 horses.

The parade will be completed with a six-minute flypast of more than 70 aircraft from the Royal Navy, the Army and Royal Air Force, which will soar over Buckingham Palace.

The Queen is expected to watch the flypast from the palace balcony with other working members of the royal family.

Platinum Jubilee Beacons will also be lit on the first day of the long weekend.

A special ceremony will be held at Buckingham Palace at 9pm to light the Principal beacon, which involves The Tree of Trees, a 21m-high “tree” made of 350 smaller trees.

Other beacon events will also take place, including community beacons that will be lit by communities, charities and other groups, and Commonwealth beacons in all 54 capital cities of the Commonwealth.

A Service of Thanksgiving will be held at St Paul’s Cathedral to give thanks for the Queen’s reign.

Great Paul, the largest church bell in the country, will be rung for the first royal occasion in its history for the service.

The ringing of Great Paul will be followed by a peal of bells to celebrate.

The Queen is expected to attend the Derby at Epson Downs on Saturday 4 June with other members of the royal family.

The day will also be marked with a Platinum Party at the Palace, hosted by Kirsty Young and Roman Kemp. The event will be broadcast live on BBC One, BBC iPlayer and across the BBC network.

The concert will include three stages, 3D projections across the front of Buckingham Palace and an in-person audience of 22,000, including 10,000 tickets allocated in a public ballot and 5,000 tickets for key workers.

While the full line-up of acts will be announced by the BBC in the coming weeks, the first name on the list is British musician George Ezra.

Celebrations conclude on Sunday with the Platinum Jubilee Pageant, which will see thousands of performers process down The Mall.

A giant dragon puppet the size of a double decker bus will feature in the procession, as well as corgis, acrobats, unicorns, dancers and circus acts.

According to DCMS, the grand finale will showcase 150 “national treasures”, including Ed Sheeran.

Millions of people will also sit down to a Big Jubilee Lunch in the afternoon as more than 200,000 local events have been planned, including screenings, street parties and lunches.