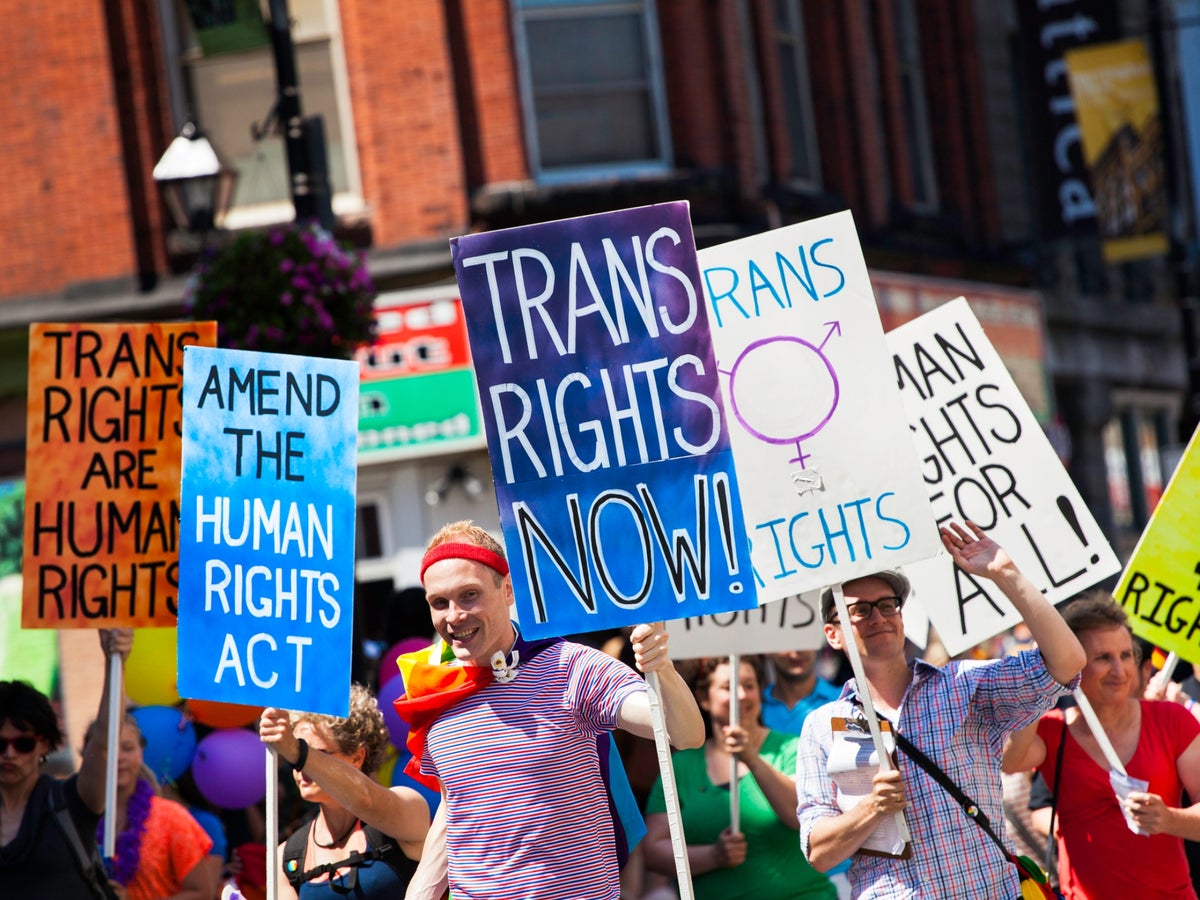 When Alex* was a child, they watched as their older sibling was forced into conversion therapy. After having come out as non-binary, their parents subjected them to so-called “healing” from a church figure who was friends with the family. Otherwise known as conversion therapy, Alex’s sibling was forced to “change” their sexuality and gender identity by the church figure. When they came out of the experience, Alex explained that their sibling had “shut down”.

“They didn’t talk, didn’t eat. Didn’t look at anyone or communicate. My parents said that meant it was ‘working’,” Alex told The Independent.

Alex, a 17-year-old student, uses they/them pronouns, and said that despite keeping their identity secret, they worry about the idea of going through conversion therapy just as their sibling did. They explained that their “extremely religious and conservative” parents have threatened them with “gay camps” when they see them as “not conforming” enough to their gender assigned at birth.

While this story sounds like a cruel relic of the past, what Alex and their sibling went through still goes on to this day, perfectly legally.

In the four years since former prime minister Theresa May pledged to outlaw LGBT+ conversion therapy in the UK, Germany, Chile, Canada, New Zealand and France have all pushed through legislation to make the harmful practice illegal. Meanwhile, the UK has delayed meaningful discussion on a ban, and in April, Boris Johnson decided to push trans people out of this potential legislation completely.

With trans and non-binary people excluded from these proposals, and one of the government’s previous conversion therapy layouts maintaining an exception for religious therapy — despite it being the most common form of conversion therapy in the UK — even if the ban goes through imminently, Alex and their sibling may still be unprotected by this country’s laws.

On Monday 13 June, Parliament debated trans people’s inclusion in a ban on conversion therapy after a petition gained over 145,000 signatures. While the majority of MPs supported the protection of trans people, no official decision on trans inclusion has been made, and equalities minister Mike Freer has said a bill is now likely to be put forward in October.

Labour MP Nadia Whittome told the floor last Monday: “I believe that just as society looks back at that time [the 1980s] with disgust at how gay people were treated in decades gone by, we will also hang our heads in shame at trans people’s treatment in decades to come.”

But despite progress, experts state that every day without a ban is allowing further harm. With the UK still delaying the decision months after its consultation deadline of February, queer people are demanding a definite answer.

Alice**, a 29-year-old trans woman from London, has long been campaigning for an end to conversion therapy, taking to the streets in April to protest against Johnson’s decision to bar transgender people from being included in a potential ban on conversion therapy.

“I feel that this government is playing around with LGBT+ people’s lives for political gain,” she said. “I went to the conversion therapy protest outside Downing Street and heard from people who still hear the words of adults telling them that, because they are transgender, no one will ever love them.”

Alice explained that the conversion therapy debate reminded her of the former Section 28 law, brought in by Margaret Thatcher and abolished in 2003, which banned the “promotion of homosexuality”, especially in schools. Without a ban on conversion therapy, she explained, the LGBT+ community cannot trust that the government will protect their interests. “I have zero confidence in them [the government], and it just reminds me of how the LGBT+ community had zero confidence in them after Section 28,” Alice added.

While the NHS and several accredited counselling and therapy groups have already publicly condemned conversion therapy, a blanket ban on the practice through the government would prevent vulnerable LGBT+ people falling through the cracks, being forced into “conversion” by uncredited therapists or in religious settings.

Mental health nurse Bee** from Staffordshire said that, in their eyes, the fact that the government has not yet cracked down on this “back-alley” conversion therapy is offensive. “Really, when we’re talking about these things, we’re talking about unaccredited therapists and some religious groups, which makes it more insulting that a full conversion therapy ban hasn’t been enacted,” they said.

“The delays have been absolutely ridiculous, I do get that the trans conversion therapy ban is superficially more complex, but there was no reason for the government to spend four years faffing on the gay conversion therapy ban. It’s 2022, ‘praying the gay away’ should just not be a thing.”

Bee added that, in their opinion, the debate has been framed as if activists want it to be made impossible for psychologists to speak to trans people, particularly to trans kids — but this is not the case. “We just want explicit efforts to ‘convert’ us by therapists and religious groups to be stopped,” they explained. “Trans people would be overjoyed if [Johnson’s decision to exclude trans people] does get amended, but would it repair any of the damage? No.”

Leni Morris, CEO of LGBT+ anti-abuse charity Galop, said: “We work with victims and survivors of so-called conversion therapy through our helpline and advocacy services, so we see first-hand the devastating, often lifelong, effects this type of abuse has on people. Every day that goes by without a ban leaves more LGBT+ people at risk.

While many people in the UK are under the impression that conversion therapy is a thing of the past, stories like Alex’s proves that the need for a comprehensive ban on the practice is still desperately required, and that the government cannot fly the rainbow flag during Pride month without protecting the community’s most vulnerable.

“I feel betrayed and ignored by my own government, who are supposed to protect me with laws and legislations,” Alex added. “[A ban on conversion therapy] would mean that I would have freedom to be myself, living and breathing as an LGBT+ youth without fear of abuse and trauma.”

*Name has been changed.

**Surname has been omitted at the request of the interviewee.