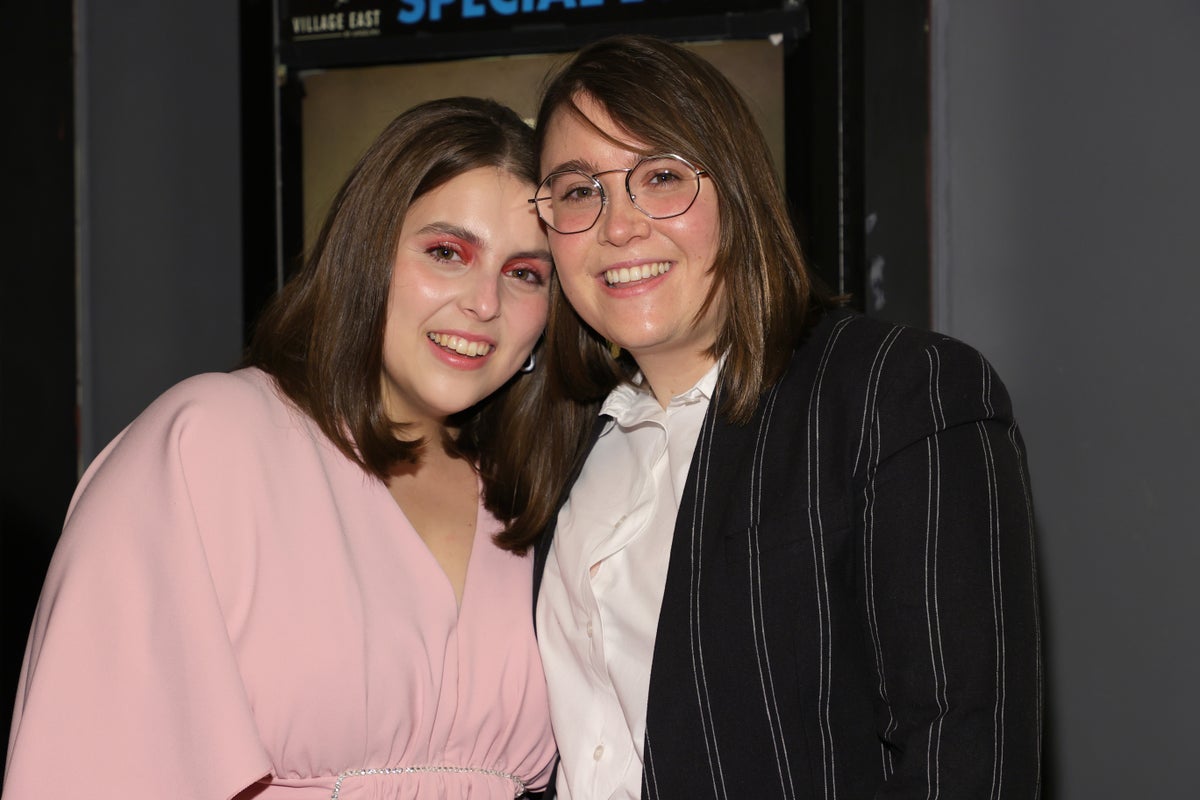 The 28-year-old actor announced her engagement on Instagram on Thursday, as she posted a sequence of photos with Roberts.

In the first image, Roberts could be seen down on one knee, while wearing black pants and a tan jacket, and with a ring in her hand. In response, the Booksmart star had a shocked look on her face, as she wore a pink and white dress.

Feldstein’s post also included a carousel of photos of friends and family, as they celebrated the momentous occasion. In the caption, she wrote: “I do, bon.”

“You make me happier than I knew was possible, I love you,” Feldstein wrote in the caption, as she tagged Roberts’ Instagram account.

In the comments of her Instagram, famous faces and family members have congratulated the couple.

“I HAVE TO MANY WORDS BUT I WILL SAY ECSTATIC! We get Bon lol,” Feldstein’s mother, Sharon, wrote.

“So happy for you!!!!,” former Glee star Ali Stroker added.

Feldstein began her relationship with the movie producer back in 2018, as she shared sweet birthday tribute to her on Instagram in December of that year. In the caption, the Lady Bird start noted how she had taken the image of Roberts on the night that she “knew [that she] was in love with her”.

“She made fun of my bowling skills and then belted karaoke loud enough for all of london to hear her,” she wrote. “She’s the brightest, silliest, warmest, most loving woman and I can’t believe she’s mine. Happy birthday, bon. You deserve the world.”

Prior to her engagement, the current Funny Girl star had subtly hinted how she wanted to spend the rest of her life with the 31-year-old director.

During an interview with Bustle in June 2021, she expressed how she saw herself having a future with Roberts, which included children and pets.

“Sixteen years from now I hope to be living in New York City or London, married to my girlfriend, and have babies and puppies running around while we both make movies, shows, and plays that feel meaningful and exciting and profound,” she explained.

Feldstein’s engagement news shortly after her departure from Funny Girl was announced, as she’s been staring in the Broadway musical as Fanny Brice. Her final show as the leading lady will be on 26 September.