Trump told DOJ to say election was corrupt and ‘leave the rest to me’ and GOP, Jan 6 hearing told 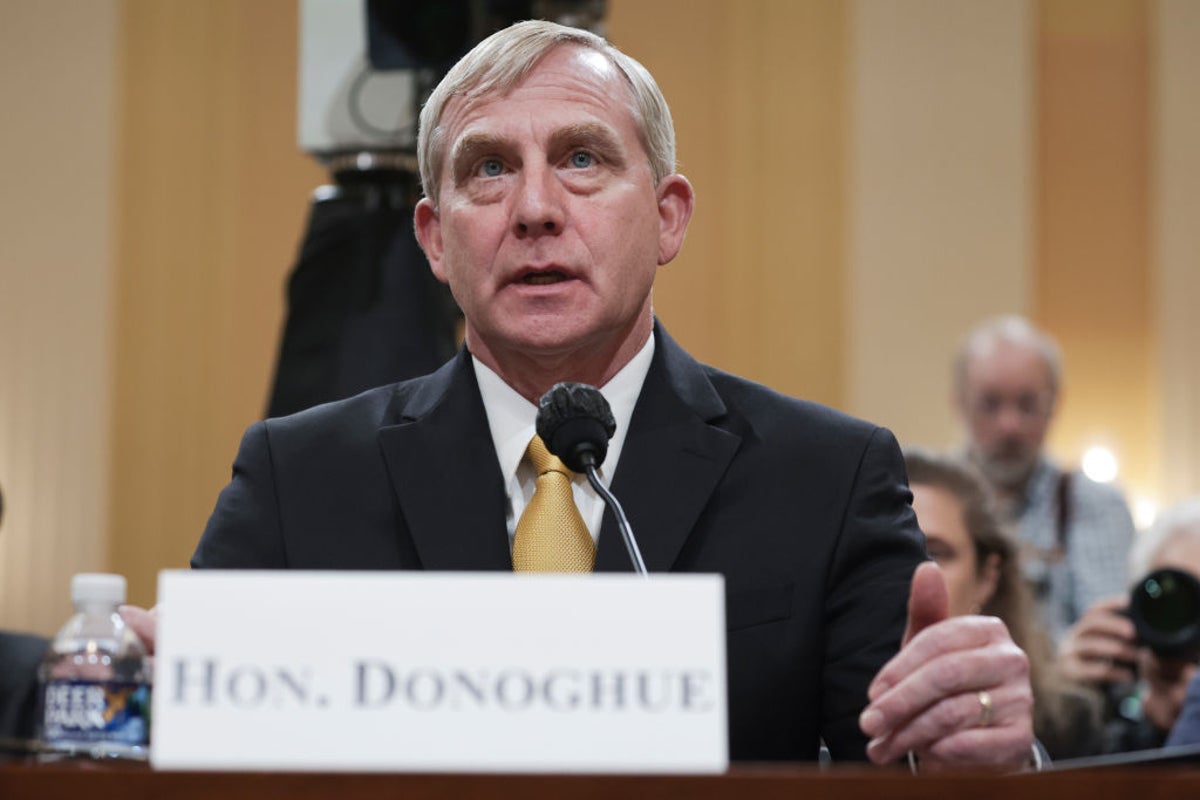 Top officials at the Justice Department testified on Thursday that then-President Donald Trump put enormous pressure on them in near-daily phone calls and statements demanding that they declare the results of the 2020 election fraudulent with zero evidence.

Former acting deputy Attorney General Richard Donoghue told the committee that Mr Trump instructed him personally to say that the election was “corrupt”, and that he would use that as the impetus for Congress to act and refuse to certify the results.

“Just say it was corrupt and leave the rest to me and the Republican congressmen,” Donald Trump said, in words read aloud by Jan 6 committee member Adam Kinzinger, who then asked: “That’s a direct quote from President Trump, correct?”

The conversation illustrates how unconcerned Mr Trump was with the issue of his own campaign as well as the Justice Department both being unable to find any evidence to back up his unwarranted claims of voter and election fraud.

Still, as the Jan 6 committee laid out this week, Mr Trump went forward with potentially illegal efforts to pressure state lawmakers and elected officials in states that he had lost to nullify or overturn the results, while also pressing for Vice President Mike Pence to interfere with the election certification effort on Jan 6.