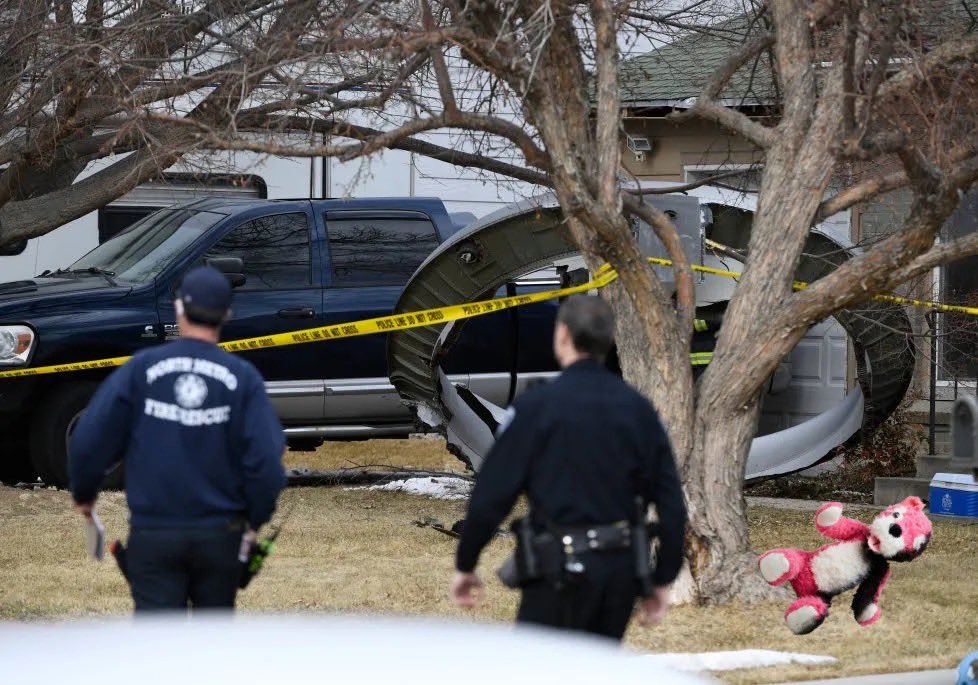 An investigation has revealed that a damaged fan blade caused the Denver mid-air engine fire that has led to the grounding of Boeing 777s.

Federal investigators believe that wear and tear caused the fan blade to fracture and break off the Pratt & Whitney engine during the Hawaii-bound flight on Saturday, National Transportation Safety Board (NTSB) chairman Robert Sumwalt said on Monday.

The chairman said that after it broke, the blade chipped off half of a second one, leading to two pieces of debris to fall in areas in Denver.

The engine failed just four minutes into the flight on Saturday, with a “loud bang” heard by passengers, and the preliminary assessment shows that the damage to the fan blade is consistent with metal fatigue.

Mr Sumwalt revealed that despite the dramatic nature of the incident, there was only minor damage to the aircraft body and no structural damage.

No one was injured in the incident on Saturday, as the United Airlines plane returned safely to Denver International Airport shortly after the incident.

Although aircraft debris fell next to homes and in gardens and soccer fields in Denver, no injuries were reported.