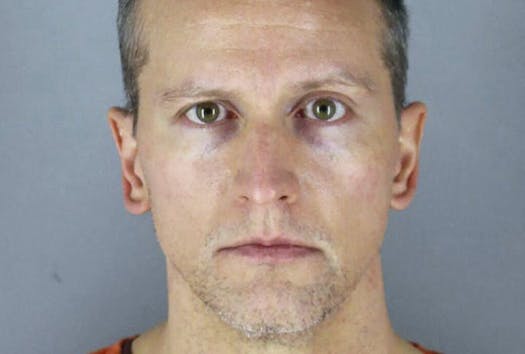 Judges were quick to question the strength of defense attorney Eric Nelson’s arguments that his client should not face a third charge.

The attorney for former Minneapolis police officer Derek Chauvin, who is charged in George Floyd’s death, faced skepticism Monday from Minnesota Court of Appeals judges as he argued that his client should not be charged with third-degree murder.

The court heard arguments from Special Attorney for the State Neal Katyal and Chauvin’s attorney, Eric Nelson during the Monday afternoon hearing. Prosecutors from Attorney General Keith Ellison’s office are asking the Court of Appeals to overturn a decision by Hennepin County District Judge Peter Cahill that prohibited adding the charge to Chauvin’s case.

Chauvin, who knelt on Floyd’s neck for more than nine minutes May 25, is scheduled to be tried next Monday on second-degree murder and manslaughter.

Court of Appeals Judge Michelle Larkin asked attorneys to focus their arguments on whether Cahill was bound by a Feb. 1 Court of Appeals ruling that upheld a third-degree murder conviction in an unrelated case involving an ex-Minneapolis police officer, and should have charged Chauvin with third-degree murder, or, if he was allowed to diverge from the ruling, which could possibly undergo review before the Minnesota Supreme Court.

The judges first heard arguments from Katyal and asked him questions after he spoke at length without interruption. Nelson spoke second, and was quickly interrupted mid-argument as judges peppered him with questions about the merits of his logic. Nelson has argued that the Court of Appeals’s ruling is not yet legal precedent because of a possible review by the state Supreme Court. Prosecutors have argued that the ruling is binding as soon as it is published and unless it is overturned by the State Supreme Court.

Larkin noted that if the state Supreme Court decides to review the Court of Appeals ruling, it could take more than a year to reach a decision to either uphold or overturn the ruling.

” … That means people could be waiting twelve-plus months for final judgment and this court’s precedential opinion in the meantime would have no affect according to your position … that’s your argument?” Larkin asked Nelson.

Nelson confirmed Larkin’s assessment, adding that such a scenario would be the “exception to the rule.”

Larkin asked if Nelson believed Minnesota prosecutors should stop charging third-degree murder in other cases until the state Supreme Court resolves the debate by either refusing to review the February ruling, or, reviewing it and upholding or overturning it.

“I do think that that would be an extremely rare hypothetical scenario, but would technically be possible,” Nelson said.

Larkin said the court would issue an expedited decision on the matter “as soon as possible” given Chauvin’s trial next week.

Chauvin had been charged with third-degree murder, but Cahill dropped the count in October, writing that the defendants had targeted Floyd and no one else.

The language of the third-degree murder statute has caused many to debate whether the charge applies only when a defendant’s actions put multiple people instead of a specific individual at risk and results in a death, or, whether it can apply when the defendant directs their attention at a single person. The issue was not debated Monday, although Katyal noted that the Court of Appeals was correct in its interpretation of the statute.

According to state statute, third-degree murder applies when a defendant kills someone “by perpetrating an act eminently dangerous to others and evincing a depraved mind.” Veteran attorneys have said it would apply, for instance, to someone shooting indiscriminately into a moving train. It is commonly used to charge drug dealers in overdose deaths.

The Court of Appeals’ February decision upheld the third-degree murder conviction of former Minneapolis police officer Mohamed Noor in the 2017 fatal shooting of Justine Ruszczyk Damond. The court ruled that the charge can apply when a single person is targeted, prompting prosecutors to ask Cahill in February to reinstate the count against Chauvin and add it for the first time against his co-defendants.

Prosecutors asked the Court of Appeals to overturn Cahill’s ruling and uphold its own interpretation of the law.

Veteran attorneys and legal scholars have said adding third-degree murder to the cases could be a strategic move by prosecutors to give jurors more opportunities to convict the former officers, who were all fired and who are all free on bond.

“They’re scared … they can’t get a conviction,” defense attorney Joe Friedberg said in an interview last week. “They’ve got a problem on their hands, so they want to muddy the waters with third-degree murder, which is not applicable. I don’t blame them.”

Friedberg adheres to Cahill’s reading of third-degree murder and believes the Court of Appeals’ interpretation was “pure nonsense.”

Jurors are provided copies of the charges and statutory language during deliberations, but not copies of Minnesota sentencing guidelines. Second-degree manslaughter is up to 10 years in prison and/or a $20,000 fine, according to state statute.

Prosecutors have said that in the event of convictions, they will seek aggravated sentences — longer terms than recommended by the state sentencing guidelines — due to the “particular cruelty” shown to Floyd and the “gratuitous pain” allegedly caused by the defendants.

Joseph Daly, emeritus professor at Mitchell Hamline School of Law, said in an interview last week that he expected the Court of Appeals to decide the matter before Chauvin’s trial even though it has 90 days to rule after a hearing. However, he said, any decision could potentially delay the trial even though the Court of Appeals previously rejected prosecutors’ request that it postpone the trial due to COVID-19. Cahill had twice rejected prosecutors’ request to delay the trial until the summertime, prompting them to seek Court of Appeals intervention.

A ruling in favor of the prosecution could raise questions about constitutional rights and whether Chauvin could receive a fair trial with no additional time to rebuild his case around the added murder count, he said.

Either way the Court of Appeals rules, Daly added, prosecutors and Nelson could also ask the Minnesota Supreme Court for further review, causing a delay.

“Ultimately, it’s really hard to predict what [the Court of Appeals is] going to do,” Daly said. “This case is so important, not just to the state of Minnesota, but it’s important to the nation — to the world.”

Picking ‘Atiku’ As My Running Mate In 1999 Presidency Was A Mistake – Ex-President Obasanjo Declares, Subtly Rejects PDP Candidate For 2023