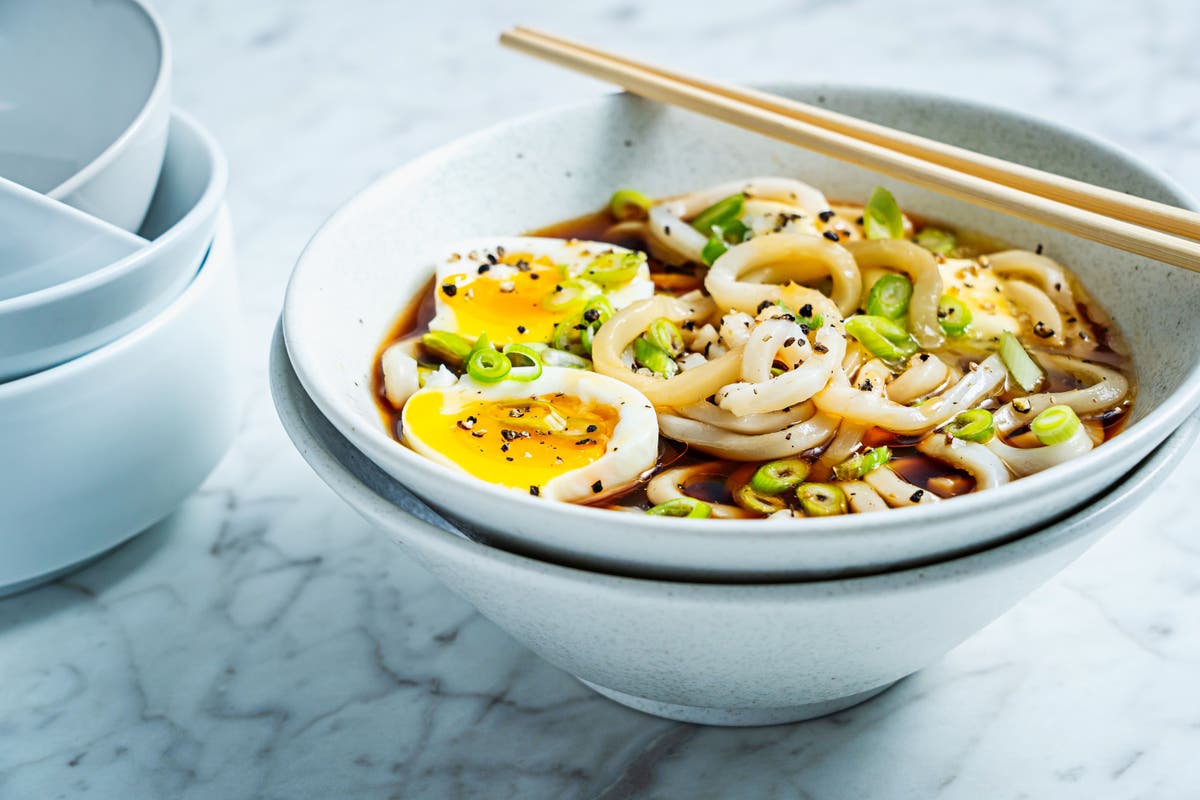 etty McKinnon had no way of knowing that the title of her latest book, To Asia, With Love, would end up carrying so much more meaning by its publication date than when she first conceived it. “Even two months ago, I wouldn’t have imagined,” she tells me in a phone interview. “The comma in the title is very important to me, because it’s a love letter to this culture.”

That culture and its members are particularly deserving of love these days, amid a rash of high-profile attacks, including the brutal stomping of an elderly Asian American woman in Manhattan and the fatal shootings at Atlanta-area spas.

“The book is now a bigger message,” McKinnon says. “You see this quote on Instagram all the time: ‘Love us like you love our food.’”

A cook and food writer who ran a salad delivery business in Sydney before moving to the United States, McKinnon is the author of the best-selling cookbooks Neighborhood and Family. In To Asia, With Love, she wanted to more squarely address her experience as someone born in Australia to Chinese-immigrant parents. “The way I cook is, in many ways, third-culture cooking, a cross-pollination of ideas and techniques that are grounded in my Chinese heritage, yet greatly influenced by growing up in the western world,” she writes in the book. “It is not distinctly Chinese, nor Australian, but rather a third interpretation of the two cultures.”

As she tells me: “My upbringing is like that of many immigrant children, teetering between so many cultures – and so many people are like that. We’re all embracing so much.”

She’s also navigating what she calls “the happy anarchy of raising three children” with her husband, a description that I could identify with after my husband and I recently welcomed a foster child into our home. In fact, one of the things I love about McKinnon’s book is that so many recipes are not just interesting, they’re the types of things I can actually manage to make even while an eight-year-old is insisting that I listen to him describe the differences between two versions of what seems to me to be the exact same video game character.

They’re also supremely comforting. The one I settled on for this column is what McKinnon calls “life-changing udon”, her interpretation of a bowl she savored in a Tokyo noodle shop. “When I was eating it I thought, ‘I’m going to remember this forever,’” she told me.

It’s so simple on the face of it: udon noodles in a soy broth. But there’s also butter that melts into the broth, and a soft-boiled egg, and a generous amount of black pepper for contrast. All that makes it feel both familiar and fresh, and east meets west. “This is something the Japanese do so well,” McKinnon says, “reinventing concepts from all over the world and perfecting them.”

This is also one of those dishes that has so few ingredients, you need to make sure each one is of the highest quality. That means seeking out the type of Japanese udon noodles that are round and fat. Short of finding a place that makes them fresh, as her Tokyo noodle shop did, that means seeking out frozen udon noodles in an Asian supermarket. The shelf-stable cooked ones are a good backup, but don’t use the dried flat ones for this – they might be called “udon,” but they’re another thing entirely. You want the noodles that have that slippery, toothsome quality that makes a dish like this so slurpable. “They provide such a mouthful that you don’t need a lot,” she said.

While you’re at the market, look for naturally brewed or fermented soy sauce, too, because with a quarter-cup in this dish you want the complex umami it can bring rather than the sometimes one-dimensional saltiness of more-industrial brands. And pick up a bottle of mirin, Japanese sweet-rice cooking wine, a splash of which brings perfect balance to the broth.

Then, when you make this, or when you eat your next bowl of noodles from your favorite Asian restaurant, take a minute between bites to appreciate all the artisans that helped make it possible. “Realise that we’re all more similar than we think we are, outside of looks, outside of skin color, outside of the food we eat,” McKinnon says. “Behind every dish of noodles you’re eating is a person and a history and a humanity.”

These are comforting, slurpable bowls of thick, chewy noodles in an umami-packed, buttery broth that’s further enriched by soft-boiled eggs. Spring onions and a generous amount of black pepper provide contrast. If possible, seek out fresh or frozen udon rather than dried; the former are very quick-cooking and also particularly thick and round, giving these bowls their crave-worthy appeal. Especially since it’s so prominent in this broth, look for naturally brewed or fermented soy sauce. If you are trying to limit your sodium intake, one way to reduce it here is to replace half the soy sauce with Chinkiang (Chinese black) vinegar.

Make ahead: The eggs can be prepared and refrigerated up to 3 days in advance.

Storage notes: The cooked noodles and the prepared broth can be refrigerated separately for up to 5 days. Let the noodles come to room temperature and reheat the broth before combining and adding the butter and garnishes. Freezing is not recommended.

Where to buy: Udon noodles, mirin and naturally brewed or fermented soy sauce, can be found at most supermarkets or online.

If you’re including the eggs, bring a small saucepan of water to a boil; in a medium bowl prepare an ice bath and set aside. Add the eggs to the boiling water and set a timer for 6 minutes. As soon as the buzzer goes off, drain the eggs and transfer to the prepared ice bath. Let cool completely, about 5 minutes. (This will make very soft-boiled eggs – if you prefer firmer yolks, cook for 1 more minute.) Peel the eggs.

In a large saucepan of salted boiling water, cook the noodles according to the packet instructions until al dente, 1 to 3 minutes. Drain, then divide the noodles among four bowls.

While the noodles cook, in a small saucepan, combine the broth, soy sauce or tamari, and mirin and set over low heat until hot, about 5 minutes.

Pour the hot broth over each bowl of noodles and top each with an egg. Divide the butter cubes among the bowls and let them melt into the noodles. Garnish with spring onions and season with a generous amount of black pepper. (Use as much as you like, but this dish is meant to be very peppery.) Finish with a drizzle of sesame oil, sprinkle with a little sea salt, if desired, and serve hot.