Coffin manufacturer running out of wood as coronavirus deaths soar 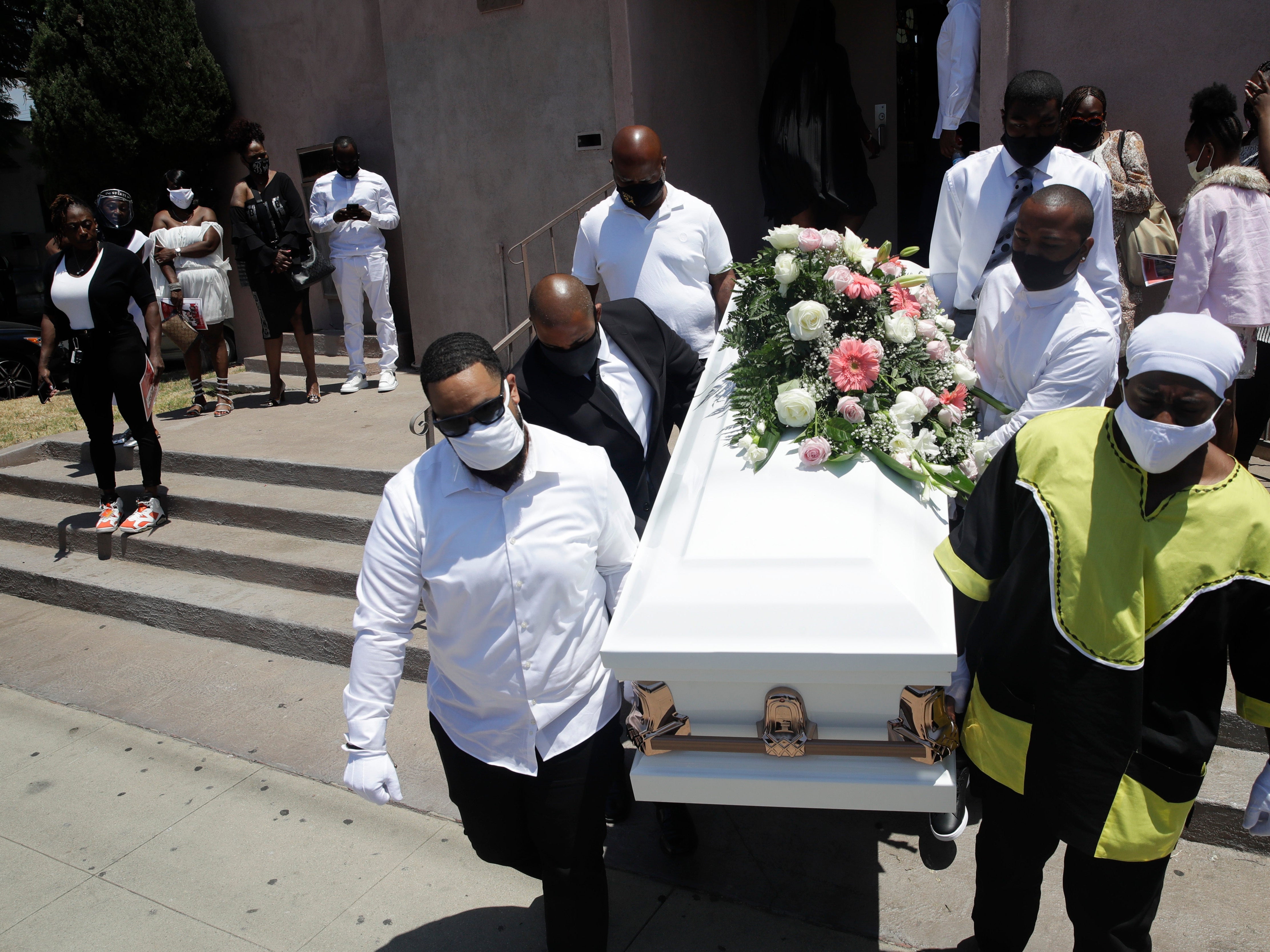 A coffin manufacturer has said they are running out of wood in Los Angeles, as the coronavirus continues to claim American lives at an alarming rate.

“Especially pine, which is the most inexpensive,” Mr Suarez, who spoke with The Daily Beast, added.

On Tuesday, the Los Angeles public health department said that hospitalisations and deaths had broken records, while Covid-19 continued to accelerate across the United States.

“In 52 years in the business, I’ve never seen anything like this,” Mr Suarez said of the situation. “Sometimes, the coffins don’t arrive on time for the funeral.”

In the past week, reported deaths from Covid-19 in Los Angeles county have risen almost daily.

And on Tuesday, that number stood at 227, breaking the county’s previous record for single day deaths, set the previous week.

The coronavirus deaths were among 3,7000 reported across the United States on Tuesday – another sombre pandemic milestone – according to data by the COVID Tracking Project.

7,181 people were in Los Angeles county hospitals with the virus on Tuesday.

“Today’s number of daily hospitalisations is nearly a 1,000 per cent increase from two months ago, when on October 29, LA County experienced 750 Covid-19 hospitalisations,” said the department.

“For comparison, today’s number is more than three times the peak of the July surge, when LA County experienced 2,232 people hospitalised with Covid-19.”

The statistics reveal a worsening situation in both Los Angeles and across the US, with health officials and experts warning that the situation is unlikely to improve in the next month.

“It’s awful what these families have to live through,” Mr Suarez added to The Daily Beast. “The caskets are practically flying out the door as soon as they’re built.”