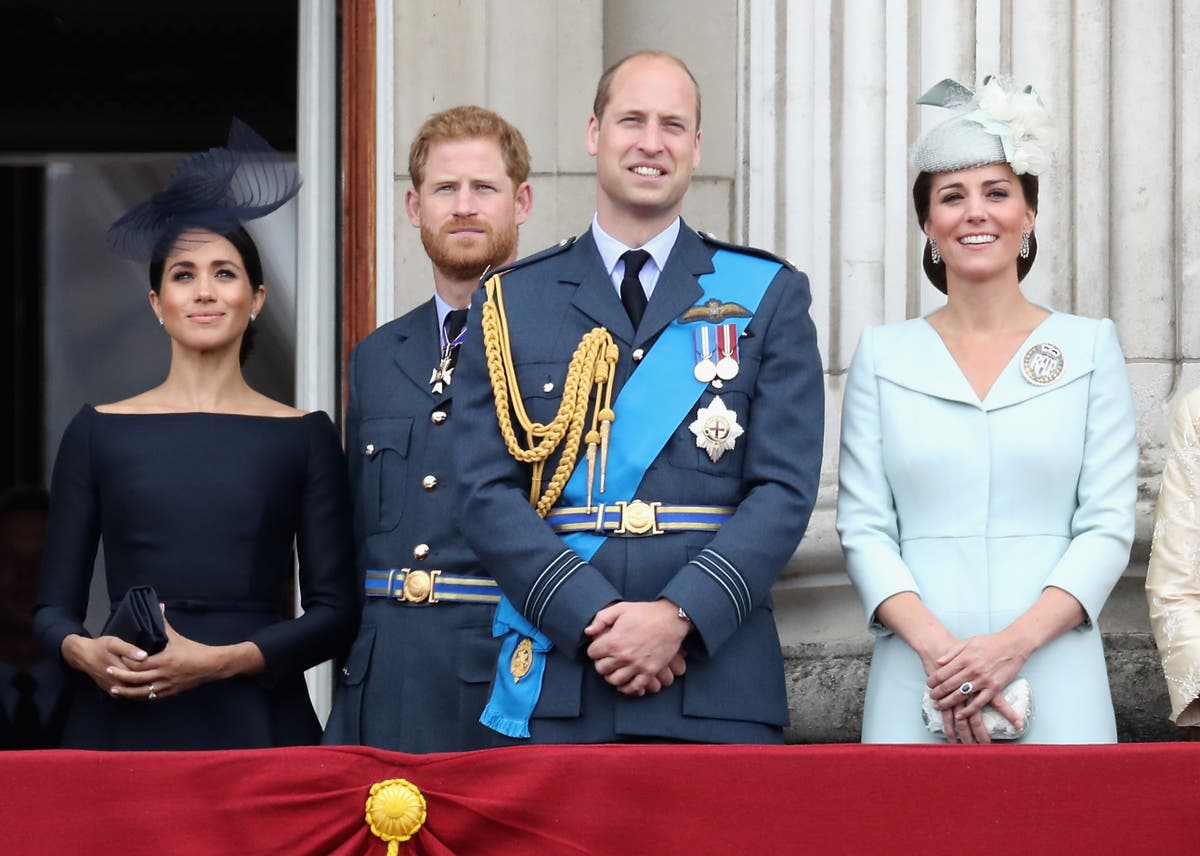 Prince Harry and Meghan Markle have “privately congratulated” Prince William and Kate Middleton on their 10-year wedding anniversary amid reports of continued tensions between the brothers.

On 29 April 2011, the Duke and Duchess of Cambridge married in a royal ceremony at Westminster Abbey.

In celebration of their anniversary, the couple today released a new video showing the family during a beach outing with their three children, Prince George, seven, Princess Charlotte, five, and Prince Louis, three.

In the caption shared along with the clip on their official social media accounts, the royal couple thanked all those who had offered their congratulations, which included a private message from the Duke and Duchess of Sussex, The Independent understands.

“Thank you to everyone for the kind messages on our wedding anniversary,” the couple wrote. “We are enormously grateful for the 10 years of support we have received in our lives as a family. W & C.”

Meghan and Harry’s private congratulatory message to the couple comes after numerous reports of a strained relationship between the brothers, which reportedly first began when the Duke and Duchess of Sussex began dating but has grown since they stepped down from their royal roles and relocated to the US.

The rift was allegedly exacerbated by Harry and Meghan’s recent tell-all interview with Oprah Winfrey, during which the couple spoke of the racism and lack of support they were subjected to during their time as senior royals.

During the interview, the Duchess of Sussex also took the opportunity to clear up reports that she had made her sister-in-law cry during the lead up to her own royal wedding in May 2018, with the former Suits star claiming that it was actually the other way around.

While speaking to Winfrey, the Duke of Sussex also touched on his relationship with his older brother, telling the former TV host that he loves his older brother “to bits” but that they are on “different paths”.

“As I’ve said before, I love William to bits,” Harry said. “He’s my brother. We’ve been through hell together. I mean, we have a shared experience. But we’re on different paths.”

Speculation over the alleged tension between the two brothers increased recently, after Prince Harry returned to the UK for his grandfather Prince Philip’s funeral and it was reported that he would be separated from his brother while walking in the casket procession.

However, following the ceremony, the brothers were seen talking together, prompting reports of a possible reconciliation.

In addition to Meghan and Harry’s message, the Duke and Duchess of Cambridge have also received congratulatory sentiments from other members of the royal family, including the Queen and William’s father Prince Charles.

“Wishing The Duke and Duchess of Cambridge a very happy wedding anniversary,” the official Twitter account for the Queen wrote. “Today marks 10 years since Their Royal Highnesses exchanged vows at Westminster Abbey.”

In a separate statement shared by the Clarence House Twitter account, Prince Charles and Camilla celebrated the couple by reposting one of their new portraits along with the caption: “Wishing The Duke and Duchess of Cambridge a very happy 10th wedding anniversary.”