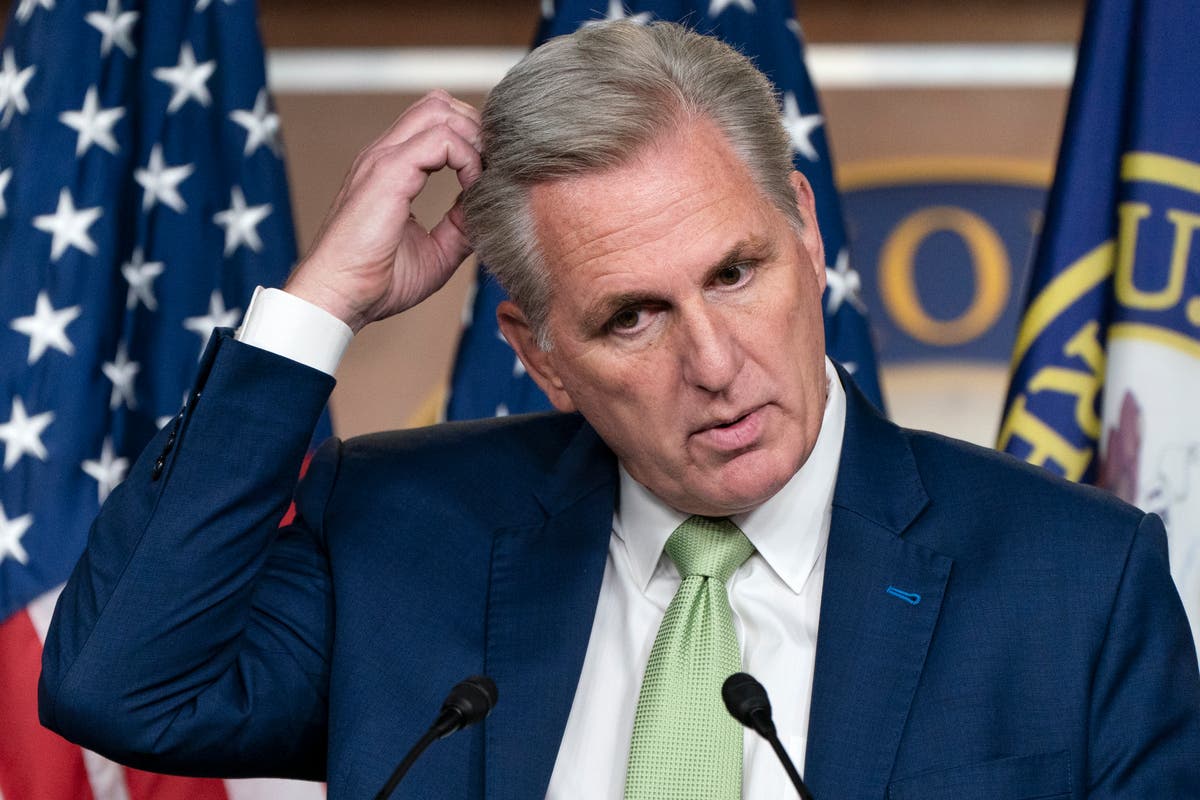 Kevin McCarthy says he has “lost confidence” in Liz Cheney in comments he made on a hot mic, according to a report.

“I think she’s got real problems,” the Republican House minority leader said about his colleague during an off-air moment in an appearance on Fox News, Axios reports, citing a recording made of the exchange with a host.

“I’ve had it with … I’ve had it with her. You know, I’ve lost confidence. … Well, someone just has to bring a motion, but I assume that will probably take place,” Mr McCarthy told Steve Doocy before a live interview on Fox and Friends.

So far in the ongoing round of infighting within the party, Mr McCarthy, the most senior Republican in the House, has remained above the fray while on the record speaking about Ms Cheney.

The Wyoming representative has hit back at Donald Trump for using “the big lie” to defend his debunked election fraud claims, saying in a statement that he would like people to refer to his 2020 election loss by using the term.

Ms Cheney, the third highest-ranking Republican leader in the House, voted to impeach Mr Trump for an historic second time over his role in the 6 January Capitol riot and has since become a target for the former president and his supporters

Mr McCarthy’s comments also hint at how Ms Cheny may be removed from her position as House conference chair — a vote by GOP representatives in the lower chamber of Congress.

Axios has previously reported top Republicans as saying that Ms Cheney could be removed within a month.

On Monday, Ms Cheney tweeted: “The 2020 presidential election was not stolen. Anyone who claims it was is spreading THE BIG LIE, turning their back on the rule of law, and poisoning our democratic system,” tweeted Ms Cheney.

Mr Trump responded later in the day, issuing a statement that said: “She’ll never run in a Wyoming election again!”