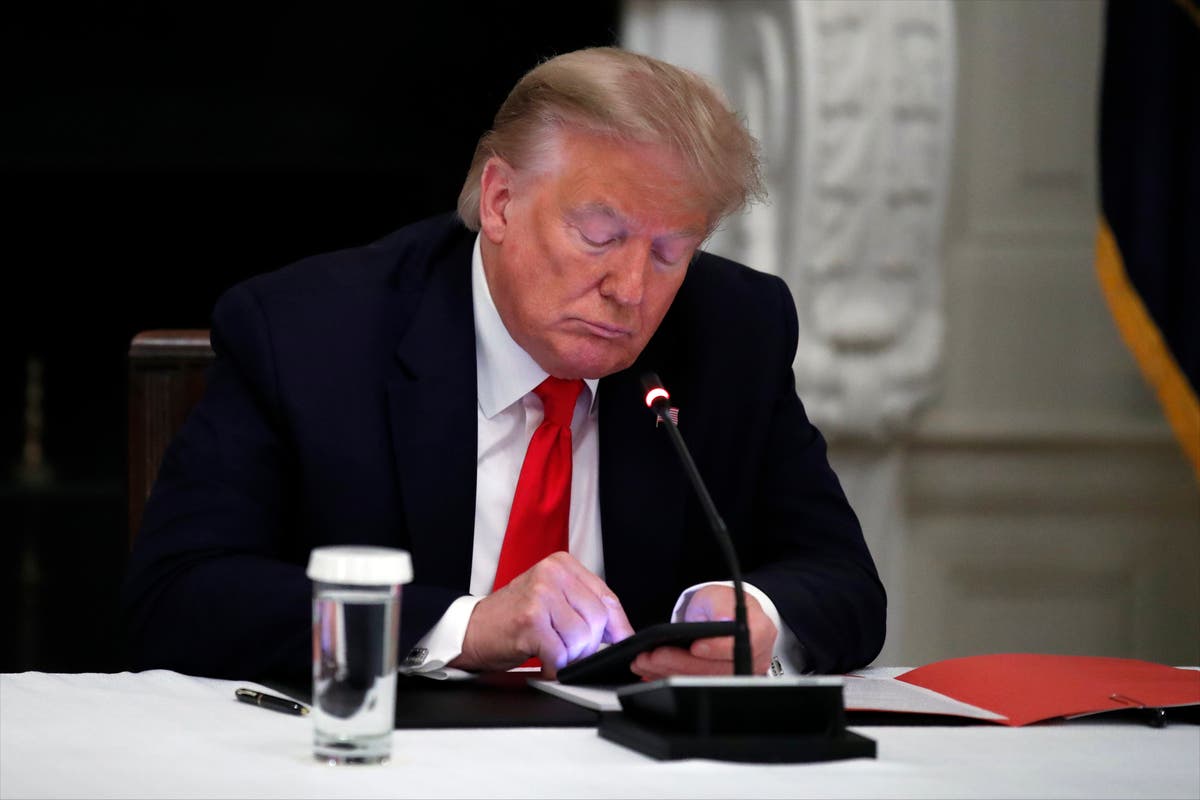 Donald Trump has launched a “communications platform” almost four months after being banned by most social media sites including Facebook and Twitter.

Online comments regarding the announcement, an exclusive to Fox News, were either sarcastically confused, but amused.

“Aw. He got himself a geocities page,” wrote one Twitter user, recalling the web service from the 1990s, with others comparing it to WordPress the popular blogging platform from the early 2000s.

“So that’s who bought AOL!” wrote another along a similar theme.

“This is just a one-way communication,” one source familiar with the space told Fox News. “This system allows Trump to communicate with his followers.”

The network also reports that the technology appears to be powered by Campaign Nucleus— the “digital ecosystem made for efficiently managing political campaigns and organisations,” which was created by Brad Parscale, former Trump campaign manager.

It is unclear if this initial foray into social media is part of a wider plan to create a real platform to compete with the tech giants.

There are already alternatives to Twitter such as Parler and Gab, but none come close to the size of the principal social media players.

MyPillow CEO Mike Lindell reportedly spent $1m to launch his social media platform, frankspeech, which has been mired in website errors and other technical glitches.

Since being banned from other social media sites in the wake of the violent insurrection at the US Capitol on 6 January, and his exit from the White House two weeks later, Mr Trump has relied on press releases to share his thoughts with the world.

His new blog was rolled out just one day before Facebook’s Oversight Board rules whether he will be indefinitely suspended from the platform.

Twitter has said that Mr Trump’s suspension from its platform is permanent.