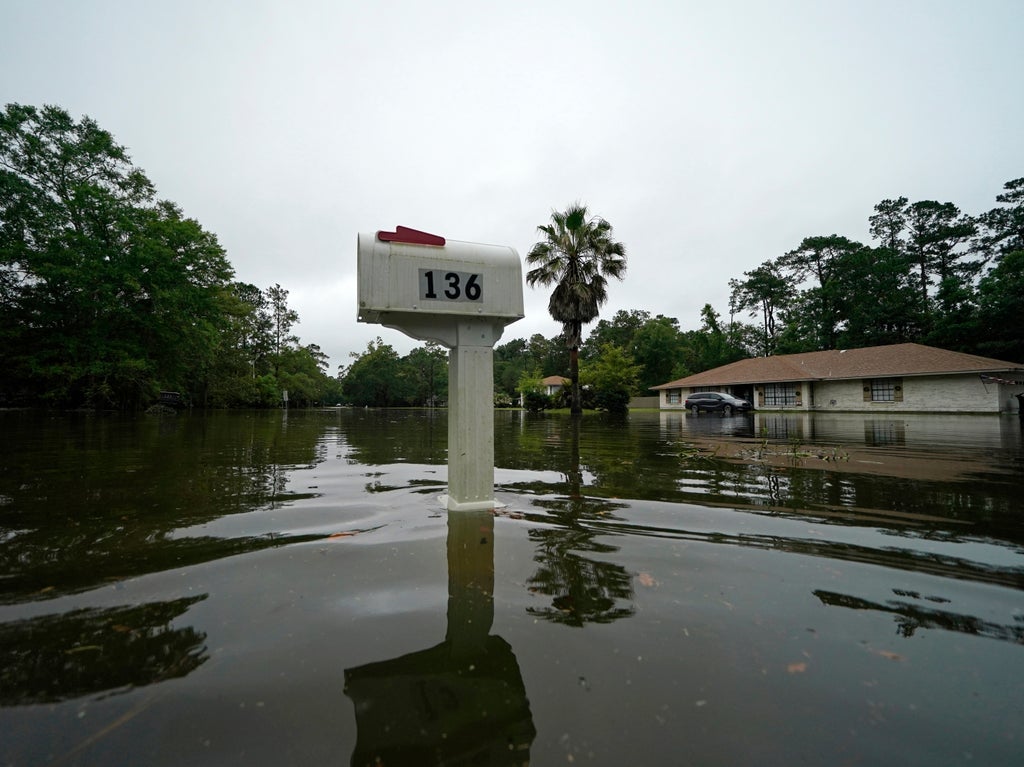 Tropical Storm Claudette officially touched down on the Gulf Coast this weekend, with high winds and flash floods battering Louisiana before hitting Mississippi, Alabama and Florida.

The storm, which saw winds reach up to 40 mph (65 kph), thrashed the Florida panhandle and Alabama on Saturday after the storm’s centre of circulation came ashore in southwest New Orleans.

“Tropical Storm Claudette continues to produce heavy rains and gusty winds across portions of the northern Gulf coast,” the National Weather Service (NWS) said in a post on Twitter, adding that a storm watch was in place for portions of North Carolina.

The National Hurricane Centre (NHC) said the system was expected to produce heavy rainfall and life-threatening flash flooding, with flood impacts spreading northeastward into the southeast.

Surreal photos from the residential area of Slidell in New Orleans from early on Saturday showed grassy neighbourhoods transformed into swampy grasslands underneath the swathes of rain.

Residents of the neighbourhood in Louisiana, north of Lake Pontchartrain, reported flooded streets and water in some areas as the storm pushed onshore overnight.

Slidell police said in a post on Facebook later on Saturday that “most of the water” had subsided on the city’s major thoroughfares but that a “few low-lying areas are still inundated with water”.

Officials said that while no major injuries had yet been reported, they had to rescue multiple people from flooded cars including a woman who was possibly going into labour and was on the way to a hospital.

The agency declared Claudette as a named storm at 4am on Saturday, and said a total of five to 15in of rain could fall across parts of the central Gulf Coast by the time the storm ended.

Poweroutage.us reported that there were roughly 22,000 outages total across Louisiana, Mississippi, Alabama and Florida on Saturday morning.

CNN reported that the storm is forecast to weaken into a tropical depression by Saturday night or early on Sunday when it is predicted to move to the North Carolina coast.

Claudette could cross into the Atlantic Ocean off North Carolina on Monday, and regain tropical storm strength over open water Tuesday.

Additional reporting by the Associated Press

Dear Fiona: Why is my husband so critical?