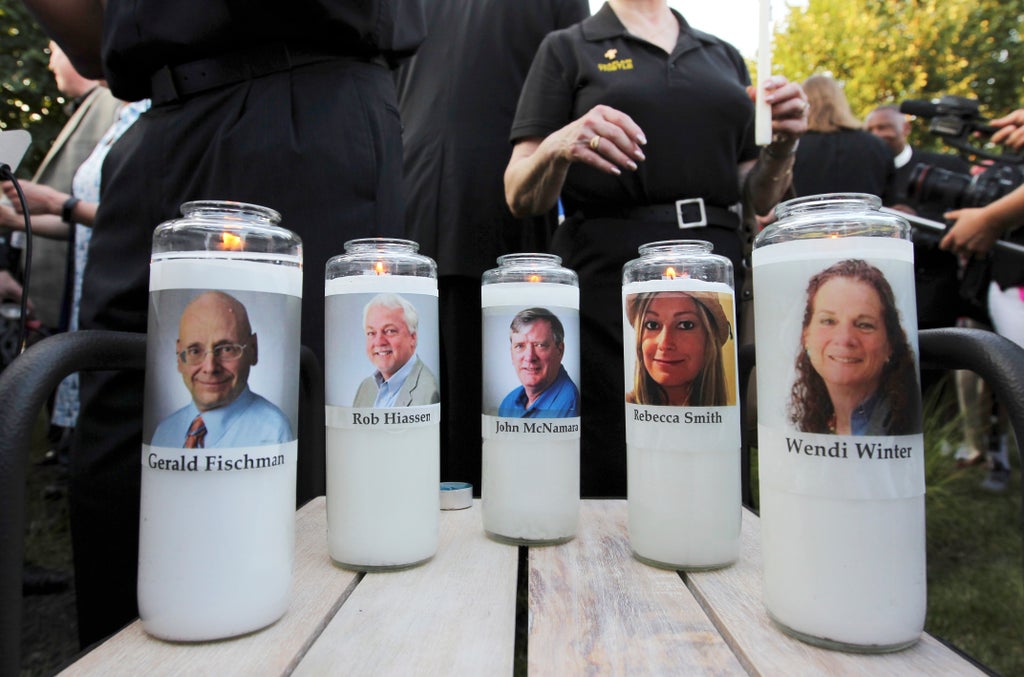 The man who killed five people at a Maryland newspaper is autistic and has “persecutory, delusional beliefs,” a trial defense expert testified Friday — but a prosecutor criticized the doctor’s findings, saying a report featured an error, omitted details and was overly dependent on what the gunman told him.

Dr. Thomas Hyde, a neurologist and neuroscientist retained by defense attorneys, testified on the fourth day of the trial of Jarrod Ramos Ramos has pleaded guilty but not criminally responsible to killing Gerald Fischman, Rob Hiaasen, John McNamara Rebecca Smith and Wendi Winters three years ago at the Capital Gazette newspaper.

The case will largely be a battle of mental health experts called by defense attorneys and prosecutors. Hyde was the first doctor who examined Ramos to testify in the case.

A jury is hearing evidence to decide whether Ramos is criminally responsible for the mass shooting and whether he should go to prison or a maximum-security mental health facility.

“He falls in the milder to moderate spectrum of these problems,” Hyde said, when asked by defense attorney Katy O’Donnell about the severity of Ramos’ disorder regarding social communication and repetitive behaviors.

Hyde wrote two reports on Ramos, one in September 2019 and another on May 1.

Hyde also testified that Ramos suffers from depression and anxiety, as well as “persecutory delusional beliefs.” Those beliefs relate to an article the newspaper wrote about him regarding a harassment case he pleaded guilty to in 2011 involving a former high school classmate.

“He has a fixed belief that there is a formed conspiracy between the prosecutor and the staff at the Capital Gazette to exert judicial punishment on him,” Hyde said, because he didn’t receive jail time over the harassment case.

In his May report, Hyde said Ramos told him he “was a victim of ‘vigilante justice.'”

“When alternative perspectives and explanations for the reporting by the Capital Gazette were offered to him by this examiner, he firmly rejected them,” Hyde wrote.

The report also notes that “other than paranoid delusions related to the Capital Gazette, Mr. Ramos denied other psychotic symptoms.”

Under cross-examination, prosecutors said Hyde’s first report on Ramos was only three pages long. Prosecutor David Russell also noted that the report said Ramos spent 18 months hiking the Appalachian Trail when he only hiked it for nine months.

“What else is wrong with this report?” Russell asked.

Russell asked whether a test Hyde administered to Ramos included a feature to check if he was malingering, or not being honest with him, as other psychiatric tests do.

The prosecutor asked Hyde if he agreed that being on trial for a mass shooting could affect Ramos’ honesty.

“It’s always something that you have to consider, yes,” Hyde said.

Ramos, 41, had a well-documented history of harassing the newspaper’s journalists. He filed a lawsuit against the paper in 2012, alleging he was defamed in the article about his guilty plea in a criminal harassment case in 2011. The defamation suit was dismissed as groundless.