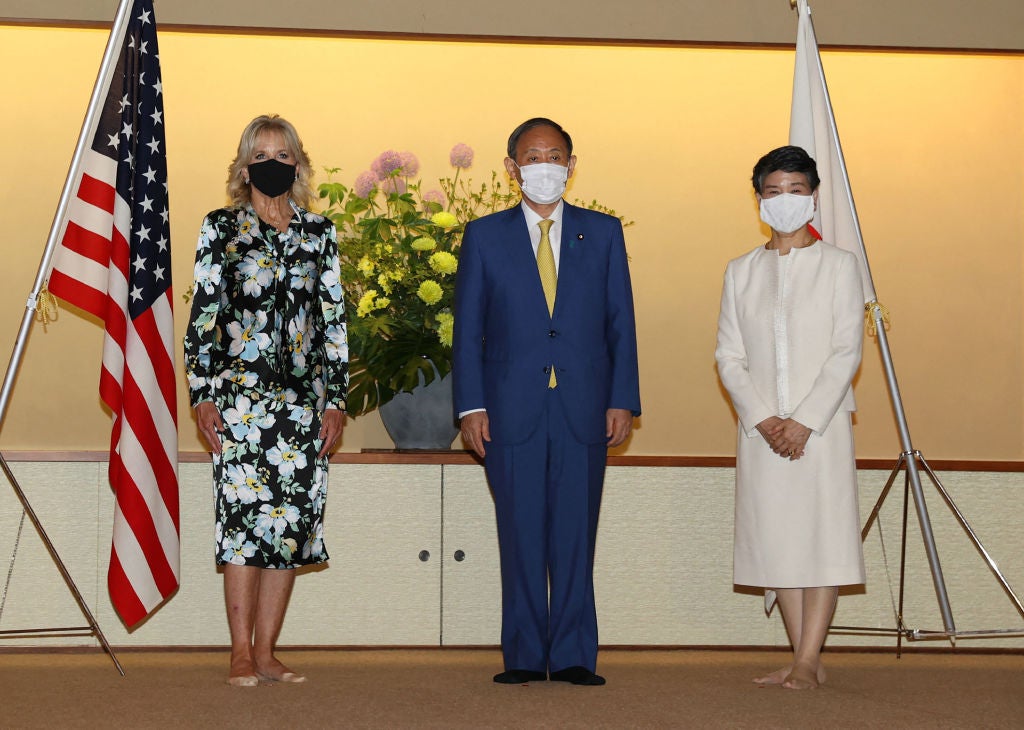 The Tokyo Olympics continues today with softball on the agenda, while Germany meeting Brazil in Yokohama headlining a busy day of men’s football too. However the build-up continues to be overshadowed by news of emerging Covid cases among athletes and officials at the Games ahead of Friday’s opening ceremony.

Tokyo’s coronavirus infections surged to a six-month high on Thursday with the host city recording 1,979 coronavirus cases just 24 hours before the Games’ officially begin. There have been a number of athletes reporting positive cases forcing them into isolation and potentially ending their hopes of competing, while the highly promising Team GB skeet shooter Amber Hill tested positive shortly before her flight and the “devastated” 23-year-old has been forced to stay at home.

The action started yesterday, when Great Britain opened the women’s football competition with a comfortable 2-0 win over Chile in Sapporo. A double from striker Ellen White secured the win and there were plenty of positives for head coach Hege Riise as Team GB opened their tournament with three points. The first big shock of the Games came shortly afterwards as the reigning world champions USA were humbled 3-0 by Sweden in Tokyo, as their 44-game unbeaten run came to an end.

Katie Archibald believes Great Britain will need to break their own world record if they are to defend their women’s team pursuit title at the Tokyo Olympics.

Archibald was part of the quartet – alongside Laura KennyElinor Barker and Joanna Rowsell Shand – who set a new mark of four minutes 10.236 seconds to take gold in Rio de Janeiro five years ago.

That time still stands as the world record, but rumours abound of rival teams having gone faster in training rides.

Geraint Thomas will be spurred on by bad memories from Rio when he rides in Saturday’s Olympic road race on Mount Fuji.

The Welshman – a double Olympic champion on the track – was looking good for a medal in the road race five years ago before landing in a gutter on the final descent around 10km from the finish line.

“I don’t lose sleep over it now, but it’s one of those things,” the 2018 Tour de France winner said. “It was there for the taking almost, it was a great opportunity but that’s the way it goes.

“(Team psychiatrist) Steve Peters is always telling me life isn’t fair and you don’t always get what you deserve but it was super frustrating and obviously I’d love to put that right on Saturday.”

Guinea pulls out of Olympics due to Covid surge

Guinea have pulled out of the Olympic Games, citing a ‘resurgence of Covid variants’.

Minister of sports Sanoussy Bantama Sow said: “Due to the resurgence of COVID variants, the government, concerned with preserving the health of Guinean athletes, has decided with regret to cancel Guinea’s participation in the 32nd Olympics scheduled for Tokyo.”

The decision means five of the country’s athletes will now not be competing at the Games.

Guinea are just the second country to withdraw from Tokyo 2020 due to coronavirus, with the first being North Korea.

Here is The Independent’s report on Brazil’s 4-2 win over Germany at Tokyo 2020.

There’s the full-time whistle. Brazil seal a thrilling 4-2 victory as the Germans fail to avenge their gold medal match defeat at Rio 2016.

A first half hat-trick from Richarlison gave the Brazilians a comfortable lead at the break. Amiri and Ache hit back for a spirited Germany, who also had their captain Max Arnold sent off.

But in the dying embers of the match substitute Paulinho netted a breakaway goal to put the game to bed and give Brazil the perfect start to the defence of their Olympic title.

One simple pass opens up a non-existent German defence. Paulinho scampers onto it, cuts it back onto his right foot and rifles it into the top corner.

Panic over for the Olympic champions.

90+2 mins: It’s all a bit scrappy in the dying moments of this match. Neither side can keep the ball for any lengthy period of time.

A frantic end to a match that looked to be heading towards a thoroughly comfortable Brazil win.

90 mins: Germany nearly caught upfield as Brazil break in numbers. It comes to Cunha but yet again he waits too long to get his shot off and Germany eventually win a free-kick for a foul inside their own penalty area.

Five minutes of added time to be played.

88 mins: Douglas Luiz takes the free-kick from 30 yards out but it’s well over the top.

Germany lump it straight back up field. The 10-men are giving it a real go!

86 mins: All of a sudden Brazil look very concerned indeed! Germany are furious after Henrichs looks to have won the ball fairly but the referee blows for a free-kick.

Brazil looking to take the sting out of the game. Germany’s tails are up.