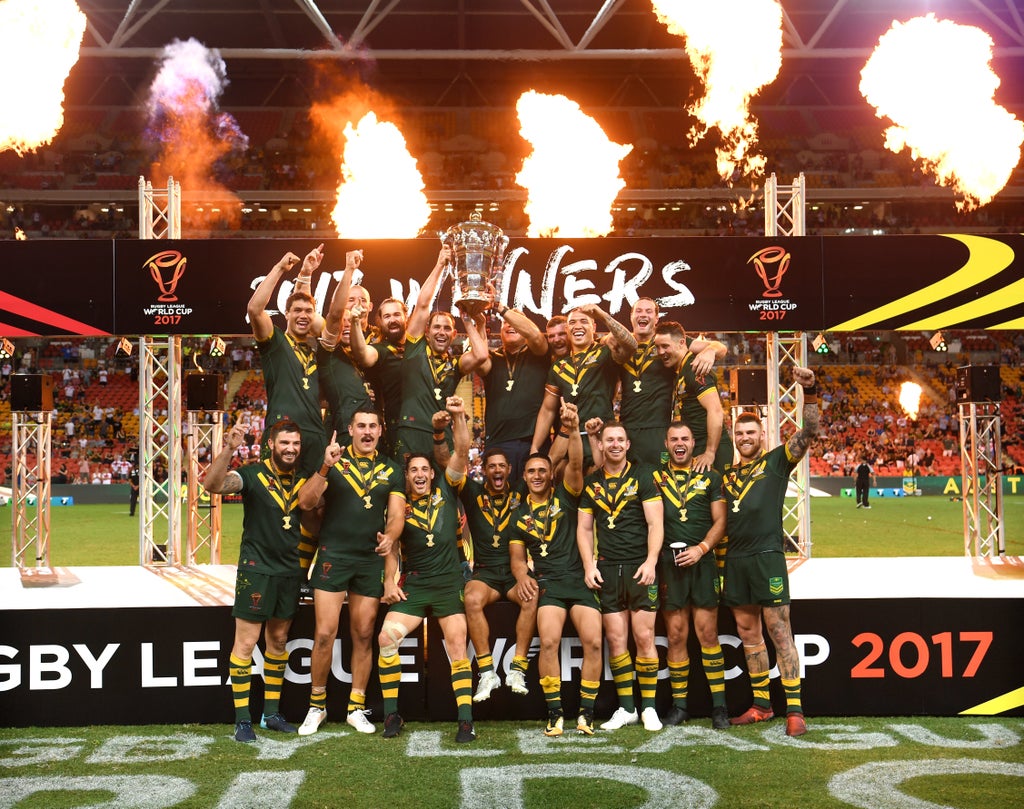 Holders Australia and New Zealand have withdrawn from this year’s Rugby League World Cup in England saying it is “simply too unsafe” to travel due to the coronavirus pandemic.

Australia, who have won the tournament a record 11 times, and 2008 champions New Zealand were due to head for the United Kingdom this autumn to take part in the tournament, which is scheduled to get under way on October 23.

However with Covid-19 infection rates in the host nation continuing to rise, the two southern hemisphere powerhouses have decided not to travel and repeated calls for the competition to be postponed until 2022.

“The ARLC and NZRL have again requested the RLWC2021 be postponed until 2022 to minimise risk of players contracting COVID-19 and ensure the best outcome for player well-being.

“The ARLC and NZRL have resolved, that in the present environment the risks to athletes and officials travelling to the UK to participate in the tournament this year are too great, and it is unable to endorse Australia and New Zealand participating in the RLWC in 2021.”

NZRL chief executive Greg Peters cited “stark differences” between the management of the pandemic in the UK and Australasia and insisted it was “simply too unsafe” for the teams to take part in the tournament.

He said: “The safety and well-being of our people is the main priority, and unfortunately, that cannot be guaranteed to our satisfaction.

“There are stark differences between how the pandemic is being managed in the UK compared to Australasia and recent developments have highlighted how quickly things can change.

“The tournament organisers have moved heaven and earth to make this work, so it is not an easy decision, but the Covid-19 situation in the UK shows no sign of improving, and it’s simply too unsafe to send teams and staff over.

“We understand how disappointing this is for fans and those involved; however player and staff safety remains paramount.”

ARLC chairman Peter V’landys AM reiterated his New Zealand counterpart’s concerns and issued a renewed appeal for the tournament to be rescheduled for next year.

“In the current environment, the risks to the safety, health and well-being of the players and officials travelling from Australia to participate in the tournament this year are insurmountable,” he said.

“The majority of NRL players are currently living away from home under difficult biosecurity protocols. They would then be required to remain under protocols and away from home for the duration of the tournament before again quarantining on return to Australia. This is too much to ask our players and officials to do.

“We have again requested the IRL and Rugby League World Cup consider postponing the event until 2022 to enable all players to participate.”