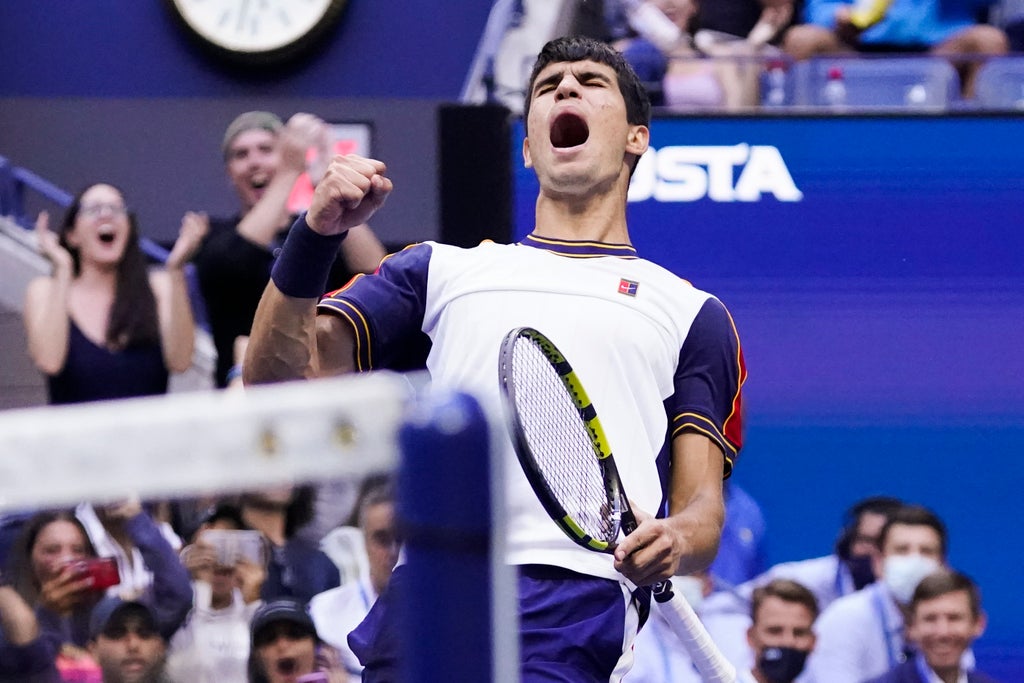 New York acclaimed a new tennis star as 18-year-old Carlos Alcaraz stunned third seed Stefanos Tsitsipas to reach the fourth round of the US Open.

Arthur Ashe Stadium witnessed a rollercoaster encounter, with Alcaraz pegged back having led by a set and 3-0 but then recovering from 5-2 down to win the third set on a tie-break.

Tsitsipas was booed when he headed off court for another bathroom break, although this one was swift at less than four minutes, and the Greek looked poised to turn the match around when he swept through the fourth set.

But Alcaraz was not finished, and the teenager turned on the style again in the decider before coming through the final tie-break after four hours and six minutes.

In an on-court interview broadcast by Amazon Prime, Alcaraz, ranked 55, said: “I think without this crowd I haven’t the possibility to win the match. I was down at the beginning of the fourth set so thank you to the crowd for pushing me up in the fifth set.

“It’s an incredible feeling for me. This victory means a lot to me. It’s the best match of my career, the best win, to beat Stefanos Tsitsipas is a dream come true for me.”

Defeat ended a chastening week for Tsitsipas, who is used to being the popular young star but has found himself the centre of a storm over sportsmanship concerning his bathroom breaks and is now heading home prematurely.

Alcaraz is the youngest man to reach the last 16 in New York since Michael Chang and Pete Sampras in 1989, and he should have high hopes of going further, with unseeded German Peter Gojowczyk up next.

Second seed Daniil Medvedev had a comfortable afternoon, seeing off Pablo Andujar 6-0 6-4 6-3 and will next face Britain’s Dan Evans, who came from two sets down to see off Alexei Popyrin.