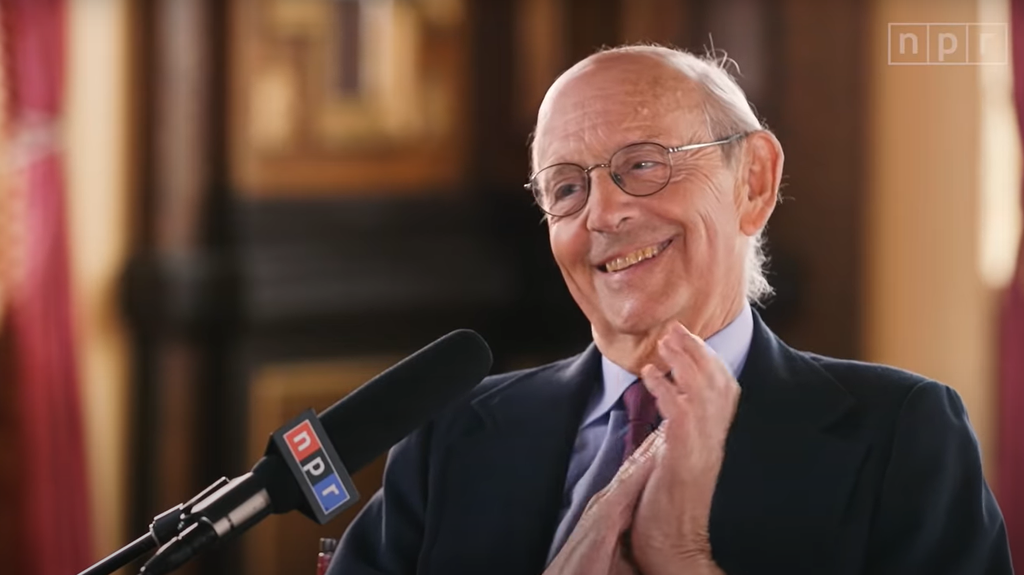 Justice Stephen Breyer has spoken out against the Supreme Court’s decision not to block the Texas law that bans abortion once a heartbeat is detected.

In an interview with NPR, Mr Bryer was asked why the Supreme Court deserves respect after the 5-4 decision handed down “in the dead of night”.

“Look, I thought the last decision you mentioned was very, very, very wrong. I’ll add one more very,” Mr Breyer replied. “And I wrote a dissent and that’s the way it works.”

In his dissenting opinion, Mr Breyer recognised that Texas delegates the power to prevent abortions not to the state but any single private citizen.

The Texas Heartbeat Act, or SB 8, bans abortion once the heartbeat of the fetus is detected, which can be as early as six weeks into the pregnancy.

The unsigned order said there were “serious questions regarding the constitutionality of the Texas law”, but that the court may lack jurisdiction due to procedural technicalities.

Mr Breyer said it should not have been decided on procedural grounds, and that “we’ll see what happens in that area when we get a substantive matter in front of us”.

“We thought that that particular case should not be decided just on an emergency basis,” Breyer said, adding the majority decision was “very, very wrong”.

“It’s a procedural matter, so we’ll see what happens in that area when we get a substantive matter in front of us,” he added.

Attorney General Merrick Garland, however, is not waiting for the issue to return to the Supreme Court. The Department of Justice announced on Thursday it would sue Texas to block the law, which it called “clearly unconstitutional under longstanding Supreme Court precedent”.

A spokeswoman for Texas governor Greg Abbott dismissed the legal challenge as a political ploy.

“The most precious freedom is life itself,” said the governor’s press secretary Renae Eze in an emailed statement to The Hill.

“Unfortunately, President Biden and his Administration are more interested in changing the national narrative from their disastrous Afghanistan evacuation and reckless open border policies instead of protecting the innocent unborn. We are confident that the courts will uphold and protect that right to life.”