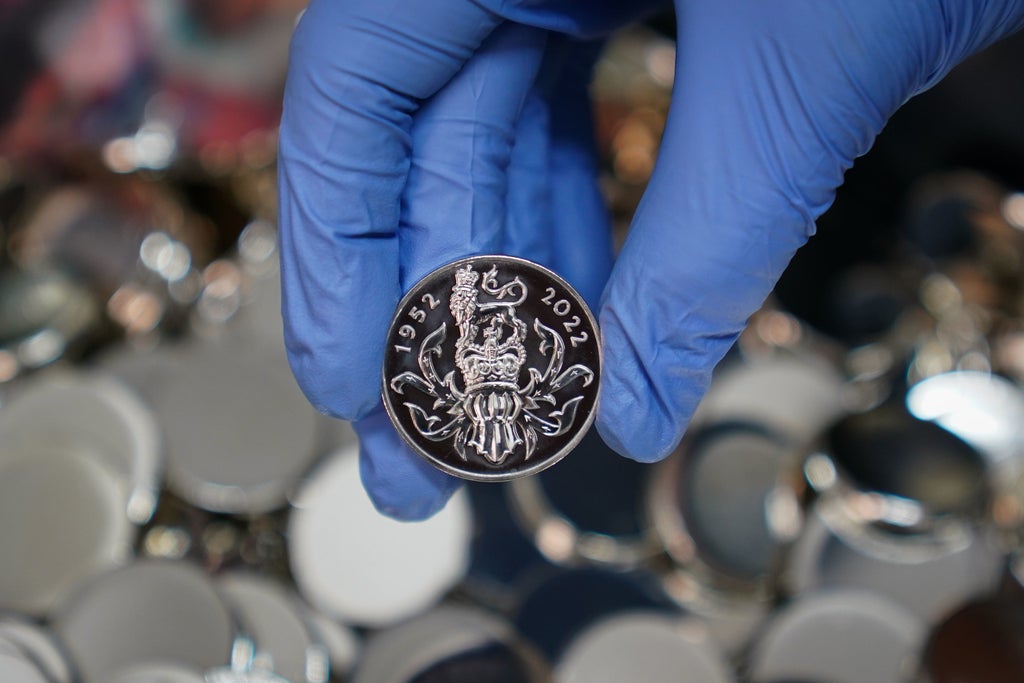 The Culture Secretary has praised the Queen’s Platinum Jubilee medal, calling it “fitting” with regards to everything that the UK has been through during the pandemic.

The medals have been designed to mark the Queen’s 70-year reign and Nadine Dorries was the first person to see if on Thursday at the Birmingham workshop where the medals were being made.

The medal is made from nickel silver and features a portrait of the Queen on it by Ian Rank-Broadley alongside the Latin inscription “Elizabeth II Dei Gratia Regina Fid Def”, which translates to Elizabeth II, By the Grace of God, Queen, Defender of the Faith.

One the other side of the medal is the heraldic image of the royal crest and the years signifying the Queen’s Platinum Jubilee: 1952-2022.

In addition to stamping a few of the medals herself, Dorries spoke about its importance and how it will be an apt tribute to the emergency service workers and members of the Armed Forces that will receive it.

“This medal is to be awarded to those people who’ve worked for our emergency frontline services, our soldiers, and others who served us throughout the years,” she said,

“So it’s actually a fitting medal, it’s beautiful, and I think everybody who is going to be awarded one of these can feel very privileged and honoured.

“We’ve been through such a lot as a nation, it’s been a really torrid time everyone’s been through over the past 20 months.

Phil McDermott, chief executive officer of the Worcestershire Medal Service, which is the company that is manufacturing the medals, said the order for 400,000 medals was welcomed following the pandemic.

“It means a lot of job security for people, we’re actually creating jobs as well, which is a terrific story having come through the pandemic,” he said.