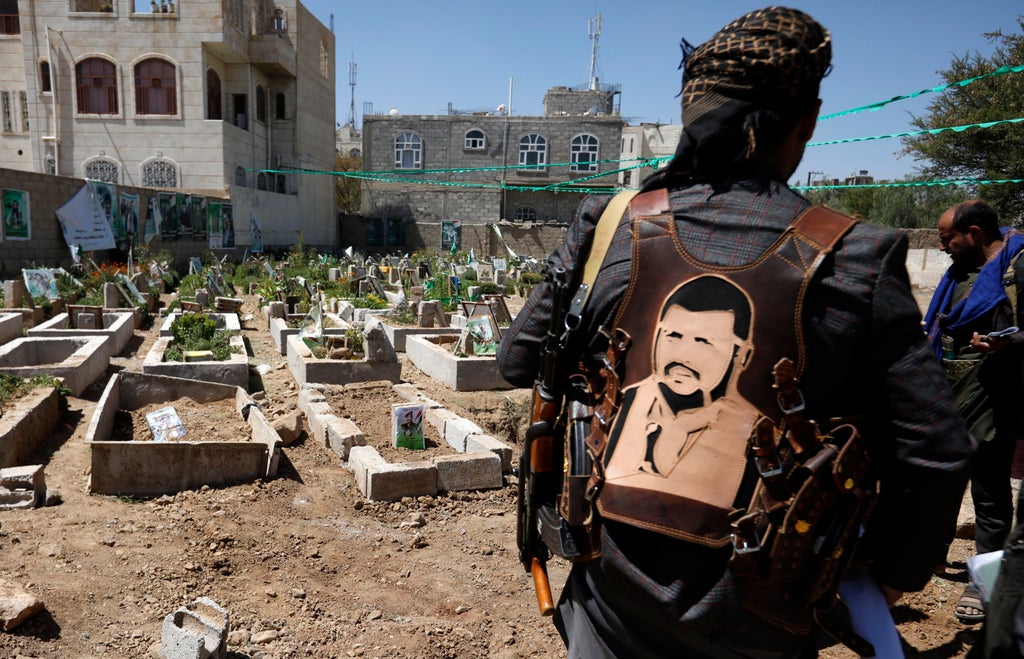 A London law firm has submitted a formal request for the Metropolitan police to investigate Saudi Arabia and the United Arab Emirates for war crimes in Yemen, potentially complicating relations between the United Kingdom and the wealthy Arab monarchies.

Guernica 37, an international legal association which focuses exclusively on human rights and war crimes law, filed a petition with the Met’s counter terrorism command and the Crown Prosecution Service on Wednesday to launch a probe into the conduct of 20 Saudi and Emirati officials involved in the Yemen war, specifying some 200 victims.

“It sets out a number of different allegations related to war crimes and crimes against humanity including indiscriminate bombing of civilian areas and the use of mercenaries to carry out arrests, and torture in detention facilities,” said Toby Cadman, a barrister at Guernica 37.

The petition was filed electronically, while a hard copy was also delivered to the Met. It seeks arrest warrants against senior government and military officials.

The case comes amid questions raised about the relationship between autocratic Middle East regimes and post-Brexit UK, following Saudi Arabia’s recent purchase of Newcastle United football club. Targeted in the probe are officials that are connected with the Saudi Public Investment Fund, which purchased Newcastle United, said a press release.

For now, none of the Saudi and UAE officials in the petition have been publicly named, said Mr Cadman.

The case was filed under the legal principle of universal jurisdiction. It holds that courts anywhere in the world may prosecute individuals and organisations for the most heinous crimes in the jurisdictions where the alleged transgressions took place are unwilling or unable to pursue justice.

Some 17 years ago, the UK detained and investigated former Chilean ruler Augusto Pinochet for crimes he allegedly committed during and after his violent 1973 coup against the elected government of Salvador Allende. Earlier this year the Met opened an investigation into Syrian dictator Bashar al-Assad’s wife Asma following a request by Guernica 37.

“Universal jurisdiction has long been a part of English law,” said Mr Cadman.

In Yemen, Saudi Arabia is leading a failing six-year effort to defeat the Iranian-backed Ansarullah movement, also known as the Houthis. It has struggled to extricate itself from the conflict but has failed to bring the Houthis to the negotiating table in a war of attrition that has devastated one of the poorest countries on earth.

The 20 October filing includes testimony from the survivors and victims of an August 2018 air strike that struck a school bus and an October 2016 airstrike on a funeral that left 140 dead. Both were the result of airstrikes conducted by the Saudi-led coalition.

The petition also includes statements from those who survived or witnessed the torture and murder of civilians in southern Yemen detention centre at the hands of Colombian mercenaries working of an American military contractor hired by the UAE.

Mr Cadman said his organisation had already filed requests to the International Criminal Court in The Hague to investigate the conduct of all parties in the Yemen war, including Houthis.

Because neither Saudi Arabia, the UAE nor Yemen are signatories to the ICC convention, Guernica 37 brought the case to the UK, which can bring the case against officials outside the reach of the ICC.

“It’s important that all those who commit war crimes be prosecuted,” said Mr Cadman.