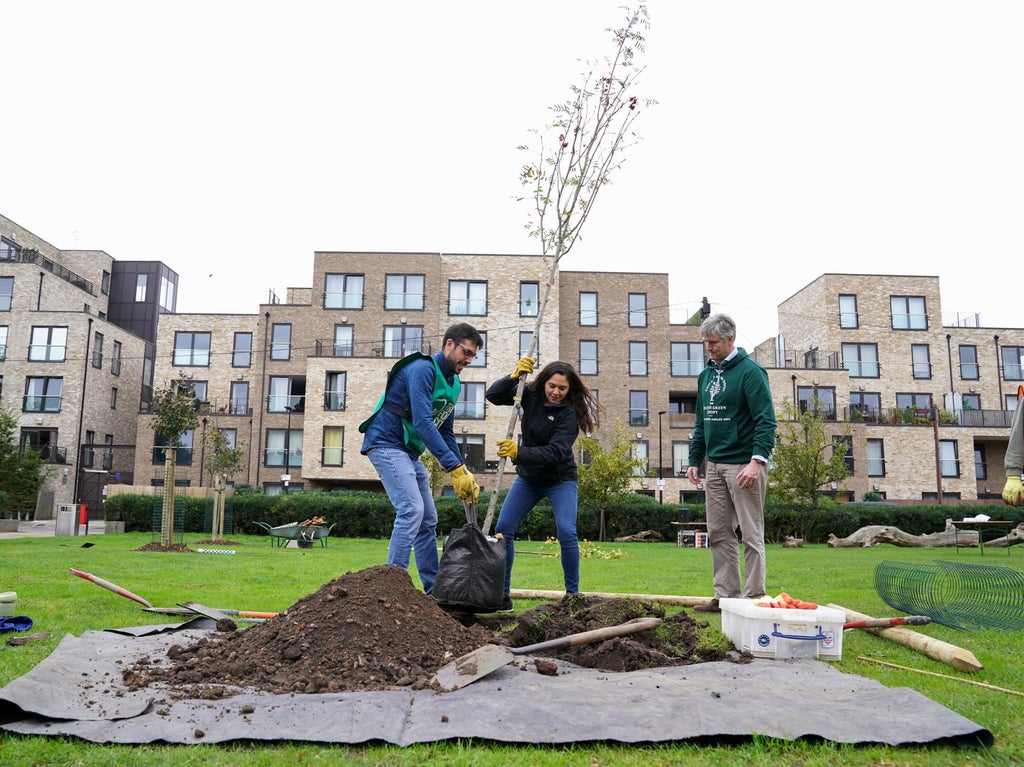 A tree-planting initiative has transformed a green space in Tower Hamlets ahead of the Queen’s Platinum Jubilee, which will take place in June 2022.

The Queen’s Green Canopy, a project that encourages people to “plant a tree for the Jubilee”, is creating networks of trees in socially-deprived areas across the UK.

The initiative, hosted by Cool Earth, aims to help people “protect their local environment in the fight against the climate crisis”.

“The Queen’s Green Canopy is a nationwide drive to plant trees where individuals, groups, businesses, and whole towns and cities will arm themselves with the knowledge and know-how to plant up thousands of trees to mark the Queen’s Jubilee,” says the project’s website.

On Saturday, they partnered with charity Trees for Cities to plant trees and bulbs at Furze Green park in Tower Hamlets, marking their first urban greening project.

The 0.85-hectare park was built atop an area levelled by bombing during World War II. Tower Hamlets has one of the lowest tree canopy densities in London.

According to Forest Research, tree canopy cover refers to “the layer of leaves, branches and tree stems that cover the ground when viewed from above”.

They also promote wellbeing by providing contact with the natural world. However, Forest Research notes that “not everyone has equal access to trees in urban areas” and the more deprived an area is, the fewer trees it has.

The Queen’s Green Canopy said in a tweet that the newly-planted trees “will improve the area’s biodiversity, as well as creating a special green canopy for the local community to enjoy”.

Sharmin, an 18-year-old local to the area, told the PA news agency there were benefits of having nature close to home.

She said she would bring friends to visit the tree she helped to plant, adding: “Whenever I come to this park I will tell people I planted this tree and show them this tree.”