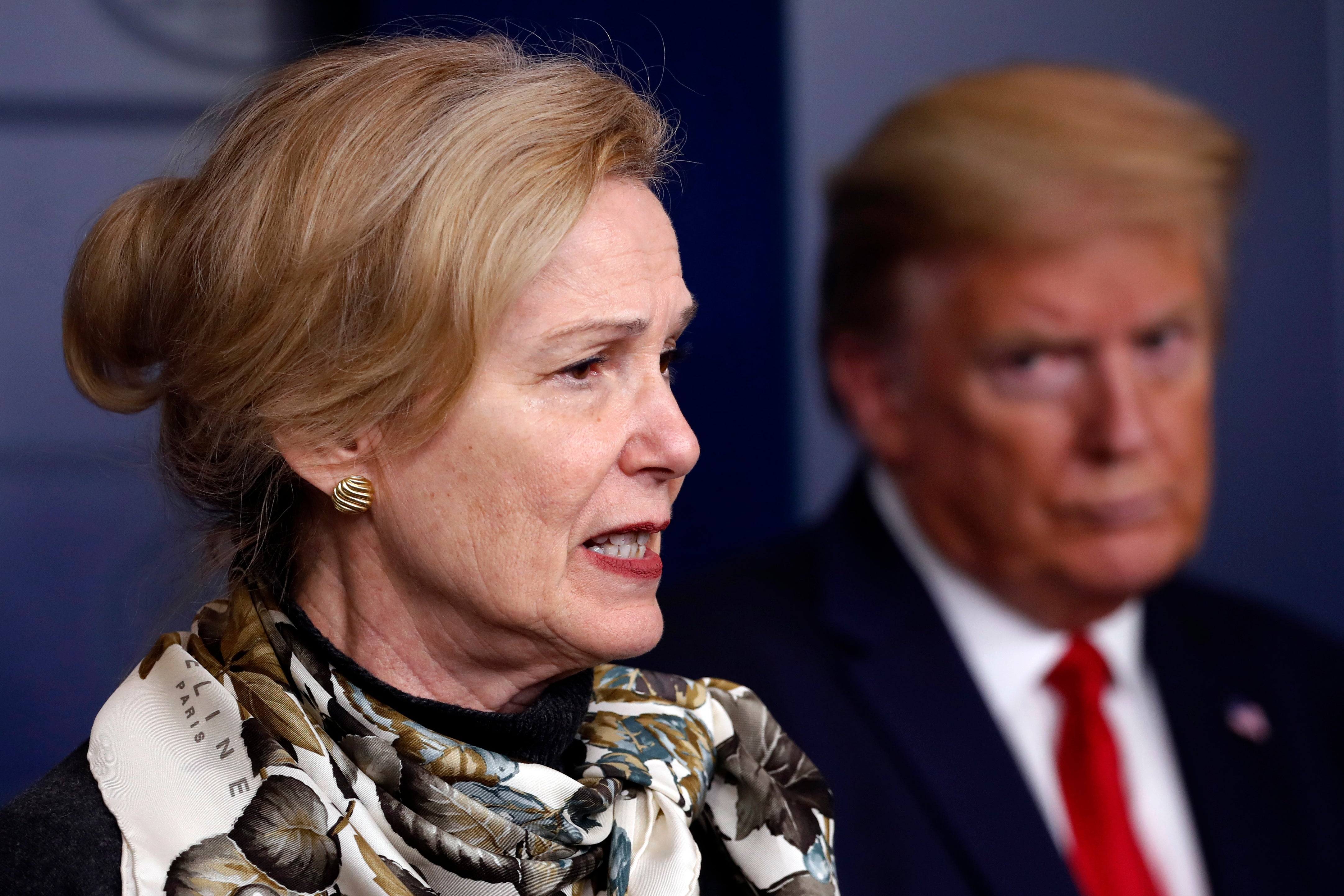 A former advisor to Mike Pence says she was told to “spy” on Dr Deborah Birx, the White House’s coronavirus taskforce coordinator during the Trump administration.

In response to Ms Birx speaking out publically this week, Ms Troye said she saw first hand the “very challenging situations” the administration placed on its health expert.

“I’m the person that actually was brought into a room at some point when she first started, and she was coming into a no-win situation even more so than, I think, she even realized,” Ms Troye said in an interview with MSNBC’s Chris Hayes on Monday.

“I was told that I was to watch her, that she was not to be trusted, because she was a Matt Pottinger hire.”

Mr Pottinger was Donald Trump‘s deputy national security adviser who resigned following the riot at the US Capitol.

“So here, I am as Homeland advisor, saying, what? You’re asking me to spy on this woman that I’m sharing an office with, who is on our team, when we know that this pandemic is about to be out of control? We know that people are going to get hurt, and this is where the focus is? These are the dynamics that she was facing,” she said.

Mr Troye, who left the White House in August to work at the not-for-profit National Insurance Crime Bureau, rose to national prominence after appearing in an ad against Mr Trump in the lead up to the presidential election.

Mr Pence’s then-national security advisor, Keith Kellogg, told The Washingotn Post in a statement at the time that she was disgruntled her detail was cut short because she was “no longer capable of keeping up with her day-to-day duties”, and showed a lack of moral courage by not expressing any concerns about the coronavirus response when she had the opportunity.

Ms Birx was also heavily criticized for not publicly speaking out against, or pushing back harder on Mr Trump, during her time on the coronavirus taskforce. She broke her relative silence in an interview on CBS’ Face the Nation on Sunday, claiming an unknown person was creating a different set of data being presented to the ex-president.

“To this day, I mean, until the day I left, I am convinced there were parallel data streams because I saw the president presenting graphs that I never made,” Ms Birx said.

“So, I know that someone—or someone out there or someone inside was creating a parallel set of data and graphics that were shown to the president… I know what I sent up and I know that what was in his hands was different from that.”

“And she actually confronted me and said, do you know who created those graphs? Did you work on that? And I said, well, you know that there has been an effort to manipulate the data to downplay this virus,” Ms Troye said.

Ms Troye was the first White House administration official speak out against Mr Trump’s handling of the coronavirus pandemic, telling the Post she was voting for Joe Biden because of the “flat out disregard for human life”.

“The president’s rhetoric and his own attacks against people in his administration trying to do the work, as well as the promulgation of false narratives and incorrect information of the virus have made this ongoing response a failure,” Ms Troye said in an interview.