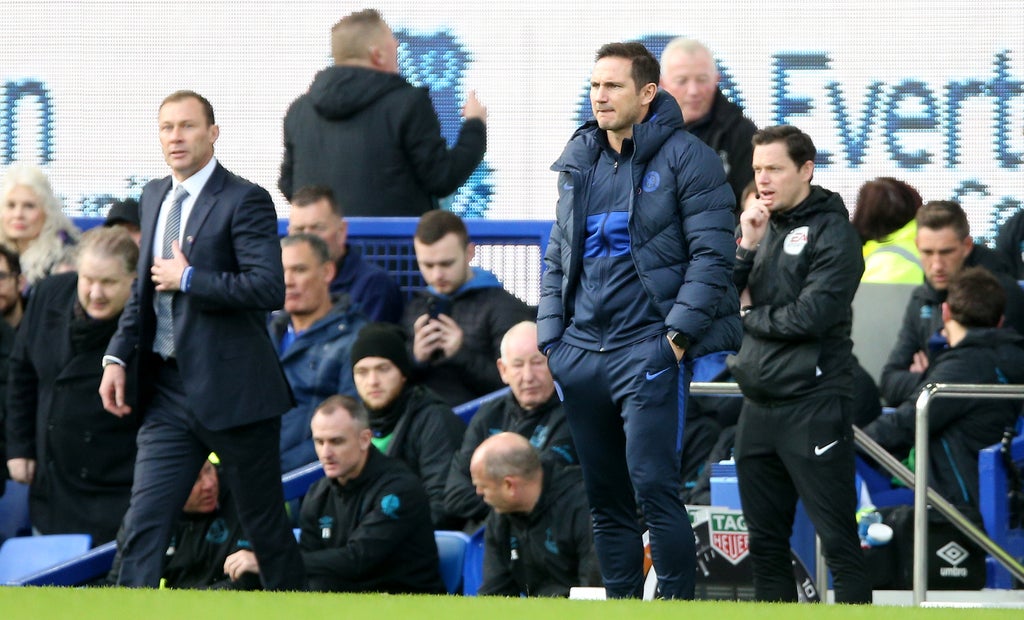 Frank Lampard has agreed a two-and-a-half-year contract as Everton manager, according to reports.

The former Chelsea boss is understood to have had a final interview in London on Friday, at which owner Farhad Moshiri, chairman Bill Kenwright and other boards members were convinced the 43-year-old was the right man for the job.

The Merseyside club said no announcement was expected to be made on Sunday night, when contacted by the PA news agency.

Other contenders to replace Rafael Benitez were Vitor Pereira and current caretaker boss Duncan Ferguson but Lampard looks set to be confirmed in the role on Monday.

It will be the first job for the 106-cap England international since he was dismissed by Chelsea this time last year after 18 months at the helm.

Prior to his tenure in west London, Lampard had spent a season in charge of Derby and guided them to the Sky Bet Championship play-off final in 2019.

He will take over a side who are 16th in the Premier League and have lost 10 of their last 13 matches, with Benitez sacked on January 16.

Pereira, the former Porto manager, was previously thought to have been the favourite to replace the Spaniard but a bizarre TV interview earlier in the week appeared to have damaged his hopes while some fans also protested against the Portuguese.

Current Derby boss Wayne Rooney was another option but he revealed on Friday he turned down the chance to interview for the position, while caretaker Ferguson missed out on being given the reins on a permanent basis.

Lampard could have a busy first day in the job with the January transfer window set to close at 11pm on Monday and Everton expected to bring in further reinforcements.

Full-backs Vitalii Mykolenko and Nathan Patterson joined at the beginning of the month, while out-of-favour Manchester United midfielder Donny Van De Beek has been linked with a move to the Toffees in recent days and others may follow.