From cheap books to the space race: How Amazon’s Jeff Bezos became the ‘ultimate disruptor’ 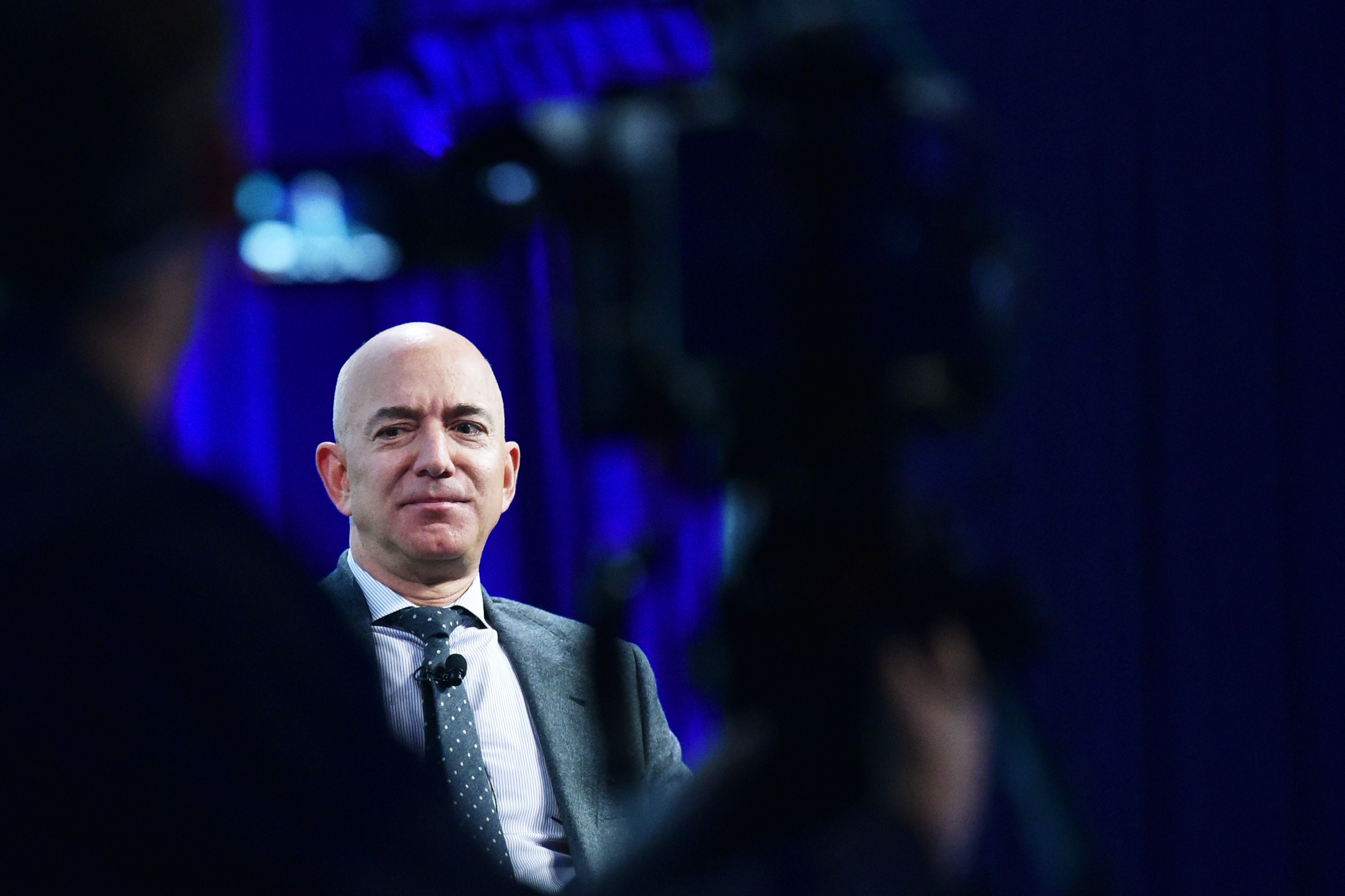 ll new employees to Amazon are expected to be familiar with the 14 leadership principles Jeff Bezos has developed and insisted lie at the heart of his company’s success.

Number one is “Customer Obsession”, a vow to do whatever it takes to satisfy its clients and patrons. Number 10 is “Frugality”, an undertaking to “do more with less”.

For many years, new hires at Amazon’s Seattle headquarters found themselves asked to work from a simple, no-frills desk, similar to the one used by Bezos when he worked from a converted garage to establish Amazon in 1995.

“It’s hard to remember for you guys, but for me it’s like yesterday I was driving the packages to the post office myself, and hoping one day we could afford a forklift,” he told the The Economic Club of Washington DC in 2018.

“I like treating things as if they’re small, you know Amazon even though it is a large company, I want it to have the heart and spirit of a small one.”

The company Bezos started all those years ago, uncertain about its future and having borrowed $300,000 from his parents, is anything but a small one. On Tuesday, as the 57-year-old announced he was standing down as CEO, to be replaced by Andy Jassy, who currently heads the online and retail giant’s cloud computing division, the company was among the most valuable in the world, estimated to be worth $1.7 trillion. Its stock price was the third highest.

“This journey began some 27 years ago. Amazon was only an idea, and it had no name. The question I was asked most frequently at that time was, “What’s the internet?” Blessedly, I haven’t had to explain that in a long while,” Bezos said in an email to staff.

“Today, we employ 1.3 million talented, dedicated people, serve hundreds of millions of customers and businesses, and are widely recognised as one of the most successful companies in the world.”

Bezos may be permitted to give himself a little praise. Earlier this month, Forbes estimated him to be the richest man in the world again – the position having briefly been occupied by Elon Musk – and said to be worth $185.7bn.

His ex-wife, MacKenzie Scott, with whom he founded the company, is said to be worth $57.5bn after the couple split in 2019.

Scott, who is estimated to be the world’s third richest woman, is also written into Amazon lore. The pair drove across the country from New York, intent on setting up an online retail business in Seattle, which was home to Microsoft, and rich in tech talent.

Scott reportedly drove, while Bezos wrote up the business plan for what would become Amazon.com.

That ascent to being the world’s wealthiest man, at the helm of one of the most powerful and influential companies, has not been without incident or controversy.

Bezos has been accused of everything from failing to pay sufficient wages to his warehouse staff, a tax avoidance scheme that in 2017 and 2018 saw Amazon pay zero federal income tax, and even interfering in local city politics in Seattle, to try and kill a law that would have put a “head tax” on the largest employers to try and fund services to address its chromic homelessness problem.

Amazon was among several major companies that put pressure on the city council, and backed candidates opposed to the measure in local elections.

“Given the stunning gap between the billionaire class and working people, it is absolutely staggering that any state legislator would even be considering sheltering big business from local progressive taxation,” Seattle City council member Kshama Sawant said this week, of a proposal to stop state authorities undermining such a tax.

Sawant, a member of the socialist Working Families Party, added: “We need social housing and Green jobs for working people, not tax shelters for big business.”

Amazon has also been criticised for seeking tax breaks from cities and states as it looked to establish a second headquarters, something that may have been located in New York City, had not the likes of Alexandria Ocasio-Cortez and others organised opposition.

And there have been other controversies. In 2019, Bezos, who lives in the village of Medina, east of Seattle, claimed he was being blackmailed by the National Enquirer, which had obtained intimate photographs of himself that he had sent to his girlfriend,  Lauren Sanchez.

Investigators hired by Bezos concluded individuals in Saudi Arabia were behind the hack of his smart phone – something denied by the Saudi authorities. It was assumed the hack was somehow connected to Bezos’s ownership of the Washington Post, which published columns from Jamal Khashoggi which were often critical of the Saudi authorities.  Khashoggi was killed by Saudi agents inside the country’s consulate in Turkey in October 2018.

In his 27 years as CEO, Bezos has pushed Amazon into ever more areas of commerce and technology – from movies and healthcare, to space exploration and every type of e-commerce. He has speculated humanity’s future may lie on Mars.

Here on earth, Bezos and Amazon were one of the most obvious beneficiaries of the pandemic, hiring tens of thousands of new staff as demand for home delivery shopping soared during various lockdowns. Amazon on Tuesday reported its third consecutive record profit, and quarterly sales above $100 billion for the first time

Such dominance has led to greater scrutiny, for Amazon and other tech giants. A report by the House Judiciary Committee in October called for possibly breaking up Amazon and others, making it harder for them to acquire companies and imposing new rules to safeguard competition.

Supporters of Bezos point out he has donated billions of dollars to charitable causes and pushed several dozen companies, including Amazon, to pledge to operate on a carbon neutral basis by 2040.

In his email to staff, Bezos said he planned to focus on new products and early initiatives being developed at Amazon.

“Jeff is really not going anywhere,” Amazon executive Brian Olsavsky said in a call with reporters. “It’s more of a restructuring of who’s doing what.”

Bezos, who has frequently been described as the “ultimate disruptor”, finished his email to “fellow Amazonians”, with another of his favorite sayings – intended to persuade employees of a 27-year-old company they are striking new ground.

“Remember to wander. Let curiosity be your compass. It remains Day 1.”

70 facts about the Queen to mark her Platinum Jubilee