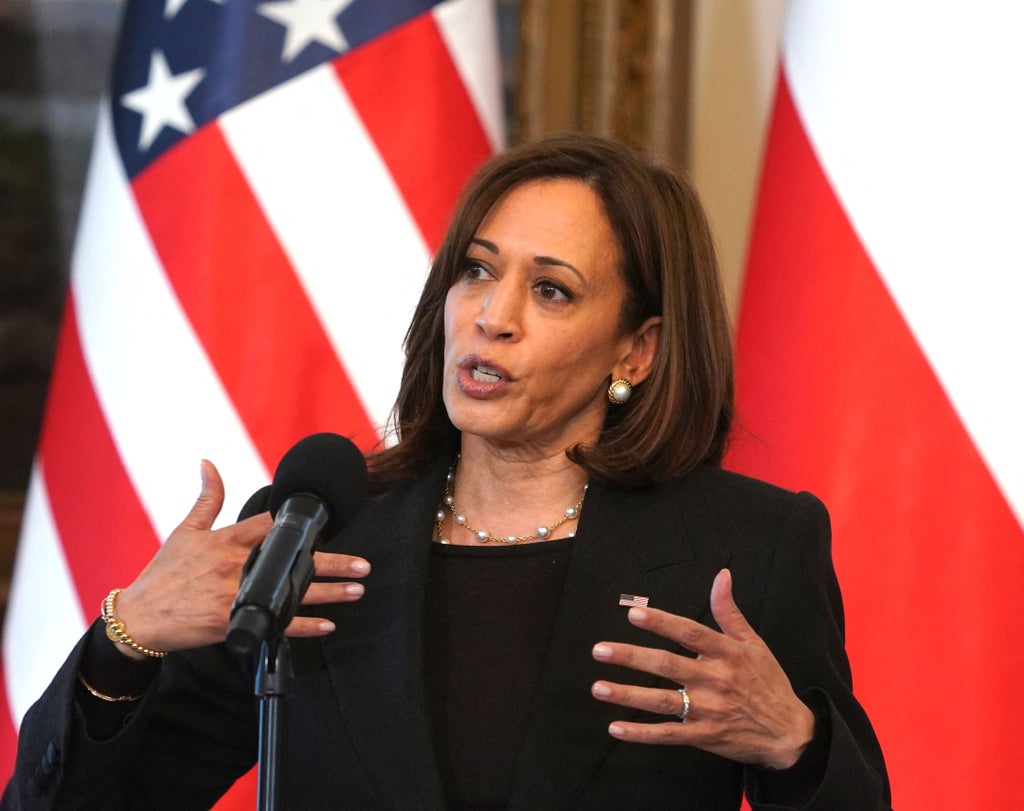 Vice President Kamala Harris is visiting Poland and Romania as part of the United States’ response to Russia’s assault on Ukraine, and part of Ms Harris’s increasingly visible foreign policy role in the Biden administration.

Acting in coordination with Secretary of State Antony Blinken, Ms Harris has emerged as a international emissary for President Joe Biden having recently met with multiple heads of state and attended the Munich Security Conference.

On Thursday she met with Poland’s President Andrzej Duda and at a press conference after the meeting called for an international war crimes investigation into Russia’s bombing of civilians in Ukraine.

Specifically, the vice president lambasted the bombing of a maternity hospital in Mariupol.

“When it comes to crimes and international violations of norms and rules, we are also very clear that any intentional attack on innocent civilians is a violation,” she said.

Later she will meet with Canadian Prime Minister Justin Trudeau who is also visiting Warsaw.

Meanwhile in Washington, DC, President Biden is trying to balance the international situation with pressures on the domestic front. Gas prices are at record highs and inflation has soared 7.9 per cent over the past year — the biggest spike since 1982.

Stay tuned for the latest developments.