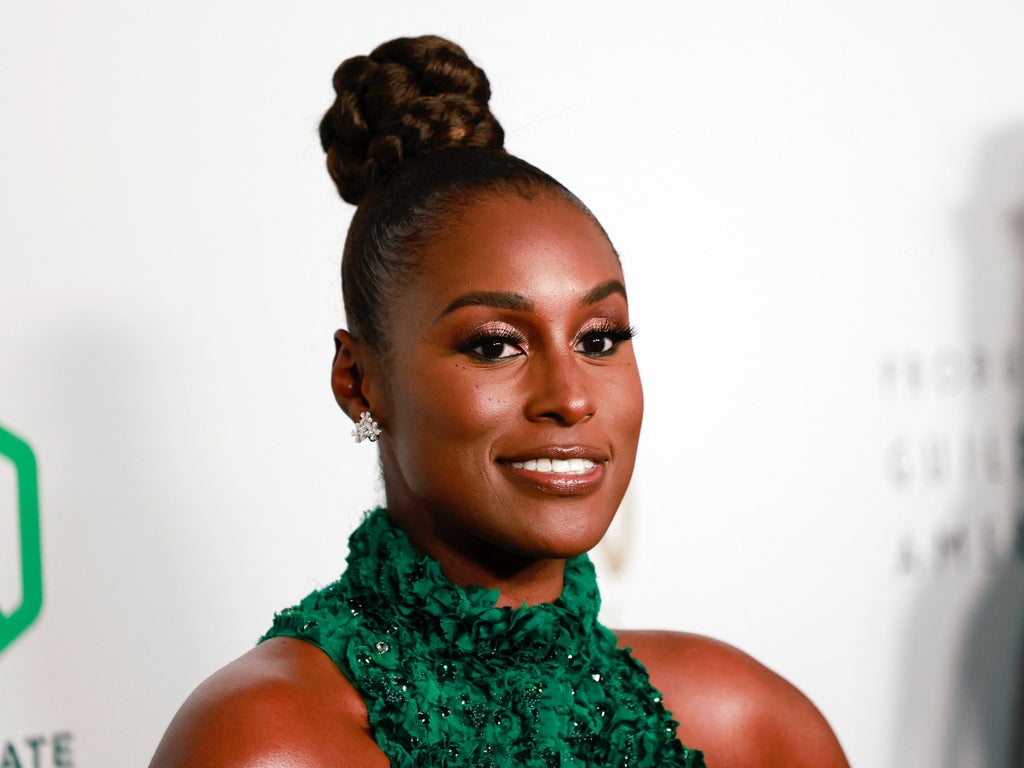 Issa Rae has shut down rumours that she’s pregnant with a simple yet effective message, with the actor urging fans to let her live without speculation.

“I am not pregnant, f**kyouverymuch,” the Insecure star and co-creator tweeted on 30 March. “LET A B**CH EAT, DRINK AND BE MERRY.”

The actor’s announcement came after a video circulated online last week that had social media convinced the writer was expecting a child. The clip showed Rae, 37, wearing a black jumpsuit and hugging her Insecure co-star, Yvonne Orji, during an event at the Kennedy Center in Washington, DC, where Rae’s production company, HOORAE media, was hosting a four-day festival to highlight the music, comedy, film, television, and talent of Black creatives.

The 14-second clip went viral on Twitter, where it received more than 300,000 views. Even though Rae was holding a glass of champagne in the video, it didn’t stop fans from speculating that the Little star was pregnant.

“Is that a baby bump,” tweeted one fan with the eyes emoji. “Sure is,” replied another Twitter user.

“I [see] a baby bump?? Maybe?? She do have a glass in her hands,” noticed someone else.

“Issa as a mom. I can feel that,” wrote another fan. “She gonna be an amazing mommy. She’s gonna be a mom who isn’t insecure.”

Rae recently opened up about why she’s not planning on being a mother any time soon in an interview with Self, where she said that she feels she has more to accomplish before becoming a parent. The actor married her longtime partner, Louis Diame, in July 2021.

“I’m extremely happy. I like my life, I like this selfishness, and I know that I have a window,” she said. “I’ve always felt that way, that women, Black women especially – unless you’re Viola Davis or Angela Bassett – you have a window when people are going to want to continue to see you and see what you can do.”

“Then there are so many limitations placed upon you, and that does keep me up. I want to do as much as I can while I still can,” Rae said. “I know it’s not the proper mentality to think that kids will slow you down, but I do feel that way.”